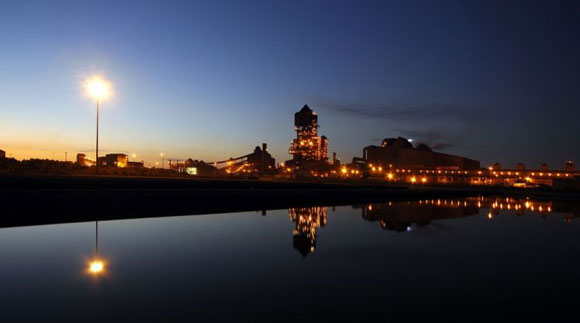 The world’s largest steelmaker is in for some tough times.

First, ArcelorMittal announced it would be shutting down a plant in South Africa, quickly followed up with another notice of the temporary closure of a furnace in Poland.

The global steel company cited “severe financial losses” and a downturn in the global steel sector for its decision to shutter the Saldanha plant in South Africa.

The steelmaker said its blast furnace in Krakow, Poland, will come back online — scheduled to shut down Nov. 23, 2019 — once steel demand recovers. The Krakow unit makes up approximately one-third of the firm’s steel production capacity in Poland.

ArcelorMittal has a presence in as many as 60 countries.

A report in India Today, quoting from a statement by ArcelorMittal, said the steel conglomerate had decided to shut down the Saldhana plant after a strategic review of its operations had found the operations there had lost the competitive cost advantage to compete in the export market, “mainly due to raw material and regulated prices.” The move will retrench about 1,000 workers, a move about which the South African government has expressed regret.

South Africa’s Department of Trade and Industry was quoted as saying the move to shut down operations happened despite the best efforts of government and public agencies to provide additional support to the operations over the last few months.

According to another news report, ArcelorMittal said the “difficult decision” was taken in the context of constructive, ongoing engagements with key stakeholders, including government and organized labor, to find alternative solutions to the dire situation in the South African steel industry.

The South African operations had been acquired from former state-owned steel manufacturer Iscor about 20 years ago.

ArcelorMittal reported a net loss of U.S. $539 million for the July-September quarter of 2019, hit by lower steel shipments and prices, in addition to high material costs.

Sales, too, have shown a decline to US $16.6 billion in the July-September quarter, down from U.S. $18.5 billion during the equivalent period in 2018.

So far as the Krakow furnace is concerned, it was previously shut down from August 2010 to March 2011.