GM to invest $2.2B to manufacture EVs at Detroit-Hamtramck assembly 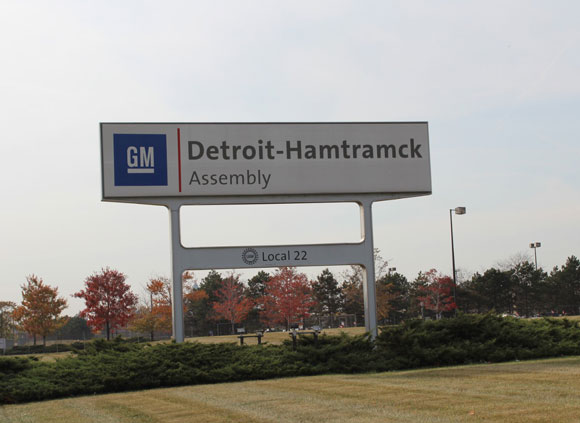 General Motors announced this week it would take another step towards electrification by investing $2.2 billion in its Detroit-Hamtramck assembly, which will be the automaker’s first plant devoted 100% to the production of electric vehicles (EVs).

The automaker said the plant would produce all-electric trucks and SUVs.

“Through this investment, GM is taking a big step forward in making our vision of an all-electric future a reality,” said Mark Reuss, GM president, during a press event. “Our electric pickup will be the first of multiple electric truck variants we will build at Detroit-Hamtramck over the next few years.”

GM’s announcement marks another layer of increasing competition in the electric vehicle space. While Tesla raced out to the pole position ahead of the competition in terms of EV brand recognition and sales, legacy automakers like GM and Ford are investing in bridging the gap and securing their places in the EV market.

Production for GM’s first all-electric truck is scheduled to begin in late 2021, followed by the electric, self-driving Cruise Origin, which was officially unveiled last week in San Francisco.

“It’s self-driven. It’s all-electric. It’s shared,” said Dan Ammann, CEO of Cruise, which is majority-owned by GM. “And it’s our answer to the question about what transportation system you’d build, if you could start from scratch.”

Detroit-Hamtrack opened in 1985 and has rolled out more than 4 million vehicles. Currently, the plant employs 900 workers and produces the Cadillac CT6 and Chevrolet Impala.

The plant will be idled for “several months” at the end of February to allow for renovations to begin.

“GM’s joint venture with LG Chem – which is investing $2.3 billion to manufacture battery cells in Lordstown, Ohio – will supply battery cells for the electric vehicles manufactured at Detroit-Hamtramck.”