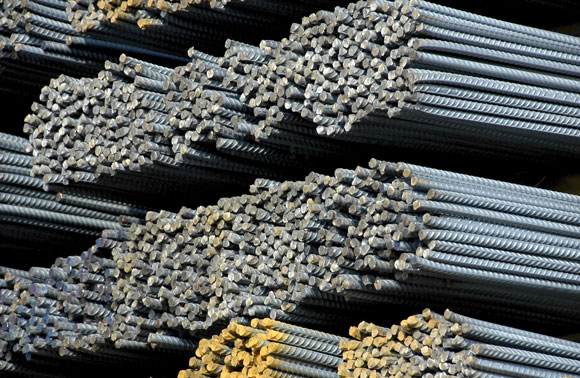 Steel rebar is a crucial material for its use in construction, which is often cited in surveys of general economic health and activity.

For instance, U.S. construction spending in December reached a seasonally adjusted annual rate of $1,327.7 billion, down 0.2% from November and up 5.0% compared with December 2018 spending.

On the global stage, the coronavirus outbreak in China is “significantly impacting the regional economy and contributing towards immediate slowdown in major industries,” according to Tejas Mahind, senior research associate at Global Market Insights, which recently published a report on the steel rebar market (for which a free sample can be requested). (MetalMiner’s Stuart Burns has covered the situation extensively, particularly vis-a-vis the coronavirus outbreak’s impact on the copper and steel markets.)

“Health concerns relating to the virus epidemic is prominently impacting steel manufacturing provinces including Hubei and Shandong, subsequently dampening the construction industry,” Mahind said. “For instance, in February 2020, most-active construction steel rebar contract on the Shanghai Futures Exchange descended 8% with around USD 462/ton. The steel rebar industry is anticipated to experience price depression at a higher rate owing to the declining steel production rates, reduced demand and build-up of inventories.”

Meanwhile, the U.S. has seen a recent surge in rebar imports, particularly from Turkey and Algeria.

Earlier this year, we reported Steel Import Monitor data that noted rebar imports from Algeria reached an average of 12,283 tons per month for September 2019 to August 2019, up 198% from the average monthly total for December 2018-August 2019.

Tensions flared between the U.S. and Turkey in 2018, in part on account of Turkey’s detention of American pastor Andrew Brunson on terrorism charges. President Donald Trump opted to double the U.S.’s Section 232 tariffs with respect to steel and aluminum imports from Turkey. The move resulted in tariffs of 50% and 25% on Turkish steel and aluminum, respectively.

Tensions deescalated last year; in May 2019, Trump returned the tariffs on Turkish steel and aluminum to the original Section 232 levels of 25% and 10%, respectively. However, Trump also opted to remove Turkey’s beneficiary developing country status under the Generalized System of Preferences.

“Increasing production capacities of Algeria-based steel mills is contributing towards higher supply for the steel products to the U.S.,” Mahind added. “Moreover, effective logistics management with resolution to supply chain issues are aiding the increased exports from the region.”

As of last August, Tosyali’s Algerian plant, located near the port city of Oran, had completed four rebar export operations to the U.S., according to the Algeria Press Service.

As for Turkey, despite the recent surge, U.S. rebar imports from the country plummeted in 2019. 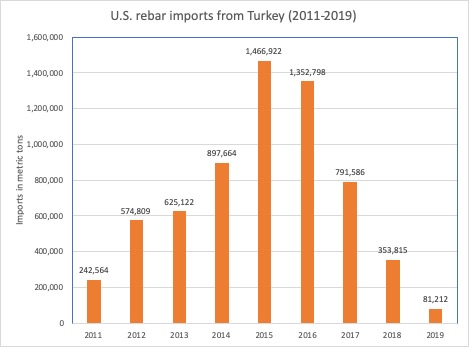