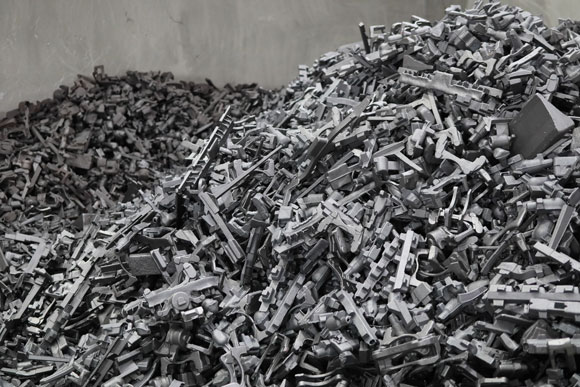 The plant will add to Tata’s domestic production volume of 2.99 million metric tons as of the quarter ending in June.

According to Yogesh Bedi, chief of steel recycling business at Tata Steel, the plant is in keeping with the global trend.

Tata Steel has already finished sourcing its first batch of ferrous scrap for processing at its new steel recycling plant.

The new plant would help India achieve the target of 300 million tons per annum of steel production by fiscal year 2030.

The plant is the first such facility in India. The plant is equipped with modern scrap processing equipment, such as a shredder, baler and material handler.

Meanwhile, in a separate move, Tata Steel has proposed that the British government invest over 900 million pounds (approximately U.S. $1.2 billion) to buy a stake in its British operations and protect the Port Talbot steelworks in Wales.

Bloomberg reported the state would control as much as 50% in Britain’s largest steelmaker, per the plan.

The plan is one of the many the company is mulling. If executed, it would also mean the Indian company would write off a similar amount of debt it’s owed by the U.K. business.