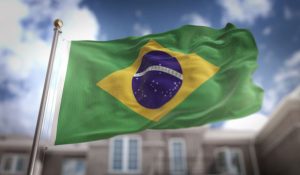 This morning in metals news: Brazil’s iron ore exports are on the rise; Outokumpu last week announced the initiation of a turnaround plans for its long products business area; and, finally, the world’s first marine superchargers will use recycled aluminum from Norsk Hydro.

According to mining.com, Brazil’s iron ore exports in September rose 18.5% on a year-over-year basis.

“The turnaround program will be started immediately with personnel measures that might lead to a reduction of approximately 100 positions,” the stainless steel producer said in a release. “Other turnaround actions include the implementation of Outokumpu’s manufacturing excellence methodology at the Long Products’ sites to increase operational efficiency.”

Per the report, Norsk Hydro will provide the housing for Vita’s dockside superchargers.

“Aluminium has turned out to be a very suitable material for marine applications,” Hydro said.  “Hydro has already established a solid presence in a large part of the maritime industry, supplying thousands of tonnes each year to cruise ships, ferries, yachts and other vessel types.”