Authentic gold from the Scottish Highlands 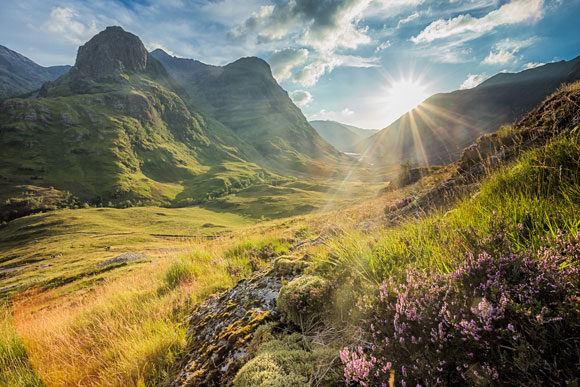 People have mined, refined and valued gold since Mesopotamian times, with records of early gold jewelry from 2600 BCE — but what about gold from the Scottish Highlands?

Anyone who has seen images of Egyptian Pharaoh Tutankhamun’s tomb created almost entirely of gold in 1223 BCE can only wonder at the volumes of gold that must have been refined over 3,000 years ago.

Gold from the Scottish Highlands

Yet, investors today are still fascinated with gold. However, gold’s actual uses are limited (outside of jewelry and high-end electronics).

Unfortunately, as a recent Daily Mail article quotes Scotgold CEO Richard Gray, who said “gold mines are where god put the gold,” not by extension where we would like them.

So, it has taken a strong gold price and political blessing for Scotland’s only domestic gold miner, the aptly named Scotgold, to gain permission to develop gold reserves in the Trossachs National Park. The park is in an area of outstanding natural beauty and is home to some of the best-preserved oak woodlands in Scotland.

Gold mining and Scotland are not activities and locations that one immediately makes an association between. In fact, more Scots rushed to California’s gold rush than ever mined at home.  However, gold prospectors have looked for gold in Scotland’s rivers for centuries.

The country is in the broad gold belt that stretches from Scandinavia across Greenland to Canada with, in places, similar topography and geology.

History of gold in Scotland

Miners discovered gold in the area in the 1980s, the article notes. However, production got off to a slow start after the price of gold crashed. Scotgold took over the project in 2007, it struggled to secure enough cash to get it up and running.

In 2018, the firm won planning permission for an underground mine. Work on the Cononish mine, named after the area to the west of Tyndrum, will start next month. Peak production is expected by 2022.

The miner aims to produce 23,500 troy ounces of gold on average per year. Furthermore, it believes it can recover more than 176,000 ounces in total. That amount is worth about £255 million ($332 million) at current prices.

In addition, the resource reportedly contains over a million ounces of silver. That adds roughly another 10% to the value at current market prices. Interestingly, around 25% of the gold will come out in a form suitable to sell directly on to jewelers.

That gold will be labeled authentic Scottish gold. It’s a novel value add in a world where mining provenance is of increasing value.