Home | Macroeconomics | A view of the U.S. presidential election from across the pond
Commentary

A view of the U.S. presidential election from across the pond 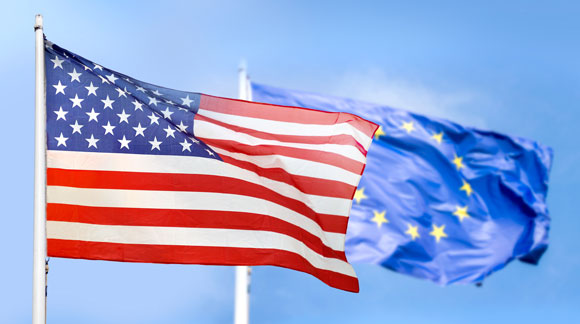 As poll workers continue to count the final votes in the U.S. presidential election, it looks like we have a Biden victory — not by the landslide he and many of his supporters had hoped for, but a victory nevertheless.

There will be ongoing legal arguments, demands for recounts, and claims of fraud. However, the U.S. voting system is one of the most robust in the world: fraud is, in reality, not an issue.

Furthermore, the legal challenges are not intended to change the outcome. They are more about setting the scene for the post-Trump landscape, for what the then-ex-president does next. Even a Trump-stuffed Supreme Court knows it answers to the constitution first and the president second.

Market implications of the presidential election

So, now we have a better idea of the political outcome, does that change our election day review of the implications for markets?

Most of us in business would take comfort from the fact a more constrained government is one that is less able to do anything radical. Markets generally don’t like radical, at least from politicians.

The prospect of a Democrat presidency and a Republican-controlled senate could be a positive for equities. Such an arrangement reduces the possibility that regulation and corporation tax can be increased.

Market sentiment turned a little cautious overnight. For example, new environmental laws are likely to be more limited, helping those sectors that had been sold down in the run-up to the election.

But others have declined that might have benefited from the proposed stimulus program. A split executive and house likely reduces the size and scope of any future fiscal stimulus package in the U.S.

One issue that hasn’t gone away is the pandemic.

The Federal Reserve left monetary policy unchanged yesterday. The Fed continues to purchase around $120 billion of bonds per month. It says it will need to deploy more monetary and fiscal loosening as pandemic infections continue to increase.

The number of Americans claiming unemployment benefits fell by 7,000 to a seasonally adjusted 751,000 for the week ended Oct. 31. However, the results didn’t have a significant impact on shares or the dollar, even though the number suggested the pace of the recovery is slowing, according to Reuters.

The LME Index, a weighted basket of the six principal base metals, picked up a little overnight. This reflects a focus on China rather than the outcome of the U.S. election.

Politicians promise much and markets will often react positively or negatively to such promises. In practice, though, markets get on better if they operate in a well-regulated environment but with a government unable or unwilling to interfere.

As such, maybe this week’s result will not be so bad for the U.S. economy. A calmer White House, more constrained in its ability to impact the economy, would be no bad thing.