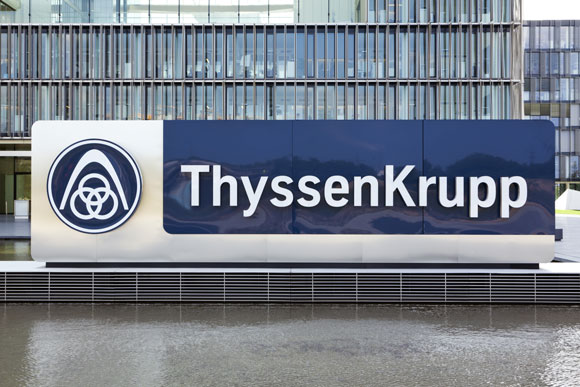 “This project is an excellent illustration of how important the interaction of secure access to competitive renewable energy and the use of scaled technology for hydrogen production is,” said Sami Pelkonen, CEO of thyssenkrupp’s chemical and process technologies business unit.

Per the thyssenkrupp announcement, the state-owned Hydro-Québec is one of the largest hydropower suppliers in North America.

The project is scheduled to be commissioned in late 2023, thyssenkrupp announced.

“The water electrolysis plant will be built in Varennes, Quebec, and is to produce 11,100 metric tons of green hydrogen annually,” the firm said in the Monday announcement. “Both the hydrogen and the oxygen, a by-product of the electrolysis process, will be used in a biofuel plant to produce biofuels from residual waste for the transportation sector.”

State of the U.S. grid

Although the U.S.’s production of fossil fuels will likely rise over the next few years, the renewables share of the country’s energy mix is gaining.

Furthermore, in its recent Short-Term Energy Outlook, the Energy Information Administration forecast U.S. electricity generation from renewables will rise to 21% in 2021 (up from 20%) and to 23% in 2022.

The U.S. Department of Energy’s website features a page on electrolysis, including notes about the state of the U.S. power grid, which it says is not ideal for electrolysis because the U.S. generates most of its electricity via technologies that “result in greenhouse gas emissions and are energy intensive.”

“Electricity generation using renewable or nuclear energy technologies, either separate from the grid, or as a growing portion of the grid mix, is a possible option to overcome these limitations for hydrogen production via electrolysis,” the Department of Energy adds.

Impact of new administration on energy

Meanwhile, under the incoming administration of President-elect Joe Biden, many expect the U.S. to pursue more environmentally friendly policies, including a potential return to the Paris climate accords signed in 2016.

However, how campaign trail talking points will translate once he is actually in office remains up in the air.

With that said, the president-elect’s website includes several references to “green hydrogen.”

“He’ll also ensure that the market can access green hydrogen at the same cost as conventional hydrogen within a decade – providing a new, clean fuel source for some existing power plants,” the president-elect’s page on clean energy states.

In addition, in a section on investment in clean energy innovation, Biden’s page calls for “using renewables to produce carbon-free hydrogen at a lower cost than hydrogen from shale gas through innovation in technologies like next generation electrolyzers.”