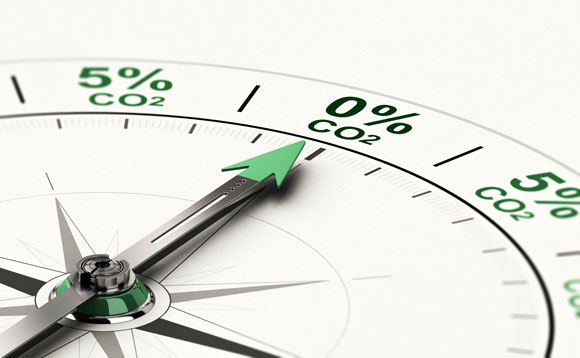 Greg Barker, the executive chairman of En+ Group — owner of Rusal — had free rein in the Financial Times this week to promote the Russian aluminum producer’s green credentials.

That is not to say there was not a valid underlying point to his article, namely that the aluminum and steel industries are heavy polluters and have an onerous responsibility to reduce their carbon emissions as part of wider efforts to reduce global carbon emissions.

Maybe because of Barker’s prior experience as a U.K. energy minister, he has been at the forefront of driving Rusal’s move towards “low-carbon aluminium.”

Rusal has closed coal-fired power sources and invested in expansion of its already sizable hydroelectric power generating capacity in Siberia over recent years. In addition, it has developed proprietary inert anode technology to significantly reduce overall carbon emissions from every ton of aluminum it produces.

The article points out Rusal’s smelter emissions are 2.6 metric tons of CO2 equivalent per ton of aluminium. Meanwhile, the world average for the same scope is around 12.5 metric tons. Furthermore, from a typical Chinese coal-fired smelter, it is as much as 16 metric tons.

Hydro power accounted for 82% of North American aluminum production in 2018, according to the International Aluminium Institute (IAI) as reported by Reuters. This is largely due to Canadian hydroelectric-powered smelters.

To its credit, Rusal caught on early that “low carbon” or “green” aluminum is a long-term winner. They were blessed since Soviet times by a predominantly renewable power source and so, could be said to have simply played to their USPs.

Yet their championing of reduced emissions aluminium serves a much wider and more valuable purpose than simply boosting its bottom line. It feeds a growing corporate narrative that carbon emissions are not just a moral question but a brand equity imperative.

In light of the industry’s growing focus on green issues, the LME recently announced it is taking its first steps to create “greater visibility of carbon sustainability criteria.”

That is marketing speak for allowing consumers to judge the carbon footprint of the metal they are buying.

The LME will initially do this by their “LMEpassport” — a digital register that will record electronic Certificates of Analysis (CoAs) and other value-add information – to store carbon-related metrics for specific batches of aluminium.

Initially, this will be on a voluntary basis. Don’t expect high-carbon-content brands to comply.

In addition, the LME plans to launch a new spot trading platform to provide price discovery and trading of all sustainably sourced metal. They will start with low-carbon aluminum.

Rusal was an early supporter of the LME’s moves (not surprisingly, in view of its own focus on the issues). While the LME’s development of these products may be seen by some as ahead of the curve, the direction of industry travel here is clear.

This is especially true with a Biden administration in the White House, where the first pen to paper was taking the U.S. back into the Paris Climate Agreement.

Some will no doubt disagree with me here, but I am going to say it anyway.

Companies large and small are realizing their future relies on a sustainable brand. A brand with poor environmental credentials is not sustainable in today’s world.

Rusal has realized that fact. The LME has realized firms are looking for ways to cost and promote efforts they make to reduce emissions. Now, let’s see how long it takes China.