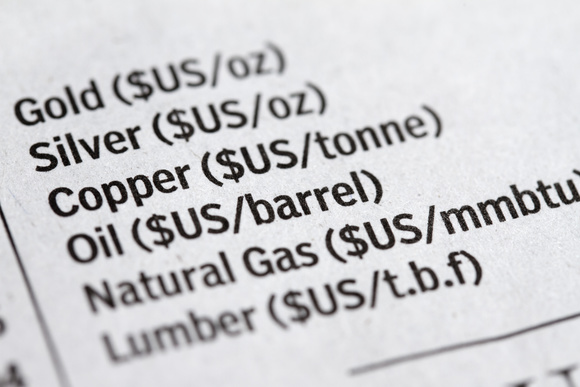 But as the Financial Times observed, there have been only four extended commodity price booms over the past 120 years.

Each of those had a unique driving force. Two came as a result of war recoveries, one due to the OPEC oil shock and the last from China’s rapid industrialization.

Yet, this new commodities super cycle proposition is based largely on a repeat of the last.

Super-cycle supporters believe a combination of rising industrial demand and lack of investment in mines and oil exploration will lead to a reflationary boom in the 2020s.

China is now both producer and consumer of roughly half the world’s metals. A commodities super cycle is inconceivable without China playing an outsize role both in demand and supply.

After a strong 2020 post-pandemic recovery, however, most of the signals are pointing to a retrenchment of commodity demand in China.

The central bank has begun withdrawing liquidity. Chinese corporate bonds are showing signs of weakness. Furthermore, last year’s stimulus measures will work through the economy by the middle of this year.

China will continue to grow, but more slowly. In addition, it will become more consumer-oriented and less export-heavy and industry-dependent.

Volatility in the current loose global monetary environment is inevitable. Too much cash is chasing too little yield. So, when oil and gas prices spike due to the Texas cold snap, it doesn’t harbor the start of a new commodities super cycle or suggest the market is tight.

There is plenty of excess crude oil and natural gas production capacity. OPEC has no interest in raising prices in the short term to the point where shale oil comes back or ,in the longer term, to hasten the transition to renewable power and electrification of transport.

OPEC knows it has to manage the oil price to keep the gravy train running for as long as possible. Many major resource holders are looking at reserves and for the first time doubting they will ever see them fully exploited.

Demand from some industries will take years to return to pre-pandemic levels, never mind the level those industries would have expected to have attained (think aerospace).

It will likely be years before business and pleasure travel returns to levels seen in the last decade. Businesses are realizing they can work online more efficiently and economically. Furthermore, travelers remain anxious about emerging strains of virus that mutate faster than vaccines can be improved.

As a Long Room post in the Financial Times suggests, a rewind in discretionary funds on recent year deleveraging of oil exposure, even marginally, could create support for moderately higher oil prices this year. However, there is a limit to such reweighting, unless oil prices really took off.

Even oil producers themselves acknowledge the writing is on the wall. They are looking for expansion into energy transmission and renewables and are themselves setting net-zero targets.

Commodities super cycle: yes or no?

So, are we in a commodities wide super cycle?

Yes, some metals will draw support from the lack of mine investment over recent years (particularly copper). Meanwhile, copper will also see robust demand from the transition to electric vehicles.

But those dynamics will be outliers.

That is not the recipe for another commodities super cycle.