Home | Commodities | Are we headed for another supercycle?
Market Analysis

Are we headed for another supercycle?

Some of the merchant banks would have us believe we are in the grip of another supercycle.

Certainly, the relentless recovery in commodity prices following last year’s lows appears graphically like a repeat of the relentless rise in prices during the last supercycle in the first part of this century. 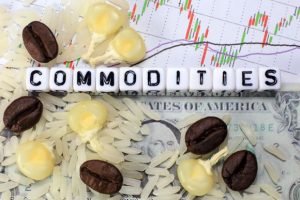 During that supercycle, support came from a gradually depreciating dollar. However, it was driven mainly by a relentless historic rise in demand from China and the belief that where China led, the other BRICS nations would follow.

Supercycle or no supercycle

Prices of iron ore, oil, and base metals (such as copper, aluminum and tin) have all been rising relentlessly on the back of a marketwide embrace of risk-on sentiment.

Prices have suffered — or enjoyed, depending on your position as producer or consumer — a perfect storm of factors.

Vaccine rollouts and, with the tragic exceptions of India and Brazil, falling COVID-19 infection rates around the world have fueled positive sentiment among investors chasing better yields.

The constrained global logistics market is pushing costs up and creating shortages across multiple supply chains. That is further incentivizing restocking such that shortages become a self-fulfilling prophecy and manufacturer lead times extend.

In summary, these are perfect conditions to drive another supercycle, wouldn’t you think?

Maybe what we are seeing is just a strong recovery from last year’s lows.

Aluminum, for example, has already hit the same level as its last peak in mid-April 2018.

Iron ore and copper have hit their last peaks in 2011.

Meanwhile, oil is still some way short of highs seen in 2011-2014. That’s a telling pointer that the world has changed since the last supercycle.

Oil may never get back to the heady heights last seen just before the financial crisis. The world is in the midst of a green agenda the likes of which we have not seen before.

Even arch-polluter China is earnestly addressing the issue on multiple fronts, most notably driven by an air pollution agenda. Still, the impact is being felt in constraints being placed on power generation, cement, and steel and aluminum output.

This year, with the tailwinds of China’s 2020 recovery stimulus behind, it those constraints have been supportive of metals. The strong economy has sucked in both raw commodities and refined metals. However, few expect China to blaze a double-digit growth strategy going forward.

Beijing is actively reining in debt and taking steps to control lending, particularly from the shadow banking sector.

US growth and the recovering oil price

The US is recovering strongly, too. GDP growth in recent months has been at its highest in decades.

But this is recovery territory. As spending switches from homes and white goods to services and leisure, it will become comparatively less metal-intensive.

It is the rise of such leisure activity that has been a driver of the oil and distillate markets in recent weeks. Travel through airports is rising, underlining why jet fuel demand has risen nearly 20% in April over March.

Likewise, gasoline inventories have drawn down to below where they were this time last year. While we shouldn’t bet on a drop in oil prices while demand is recovering so strongly and OPEC+ is showing remarkable discipline limiting output, we also shouldn’t assume the current trends will persevere into the mid-decade to support another supercycle.

That doesn’t mean to say we will not see continued rises this year as the recovery continues.

Goldman Sachs is predicting the biggest jump in oil demand in history, a rise of 5.2 million bpd over the next six months. That could certainly propel prices higher.

But by next year, the recovery in mature markets will be complete while the pandemic will not have gone away. Mutations and slow vaccination rollouts in major developing markets will continue to hinder longer-distance travel. Furthermore, failure to deliver on infrastructure spending in the US could well sap investor expectations.

Are we seeing a recovery? Yes.

Does it have further to go? Very probably.

But are we looking at another supercycle? Simply put, no.