This morning in metals news: Oslo-based Norsk Hydro has reached an agreement with a Brazilian university to explore the potential uses of bauxite residue from its mining operations; US natural gas-fired generation declined over the first four months of the year; and existing-home sales fell in April. 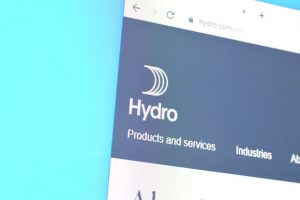 Norsk Hydro recently announced it has reached a research agreement in which it aims to research uses of bauxite residue from its mining operations in the Brazilian state of Pará.

“The research will focus initially on using this waste in the production of cement floors that prove to be advantageous from the environmental point of view and throughout their life cycle,” Norsk Hydro said.

It will focus on potential uses in the construction sector, particularly in cement components.

The Laboratory of Microstructure and Eco-efficiency of the Department of Civil Construction Engineering of the Polytechnic School of University of São Paulo (USP) will conduct the research, Norsk Hydro said.

US natural gas-fired power generation in the first four months of 2021 declined on a year-over-year basis, the Energy Information Administration (EIA) reported.

Natural gas-fired generation fell by 7% year over year during the four-month period.

“Natural gas-fired generation has been facing increased competition from renewable generation in the United States because of recent record-high capacity additions to wind and solar power plants,” the EIA said. “Between May 2020 and February 2021 (the most recent month for which we have data), 22.5 gigawatts (GW) of combined net wind and solar electric generating capacity additions came online in the United States, a 15% increase.”

US existing-home sales declined in April for the third straight month, the National Association of Realtors reported.

“Home sales were down again in April from the prior month, as housing supply continues to fall short of demand,” said Lawrence Yun, NAR’s chief economist. “We’ll see more inventory come to the market later this year as further COVID-19 vaccinations are administered and potential home sellers become more comfortable listing and showing their homes. The falling number of homeowners in mortgage forbearance will also bring about more inventory.”

PREVIOUS POST:
UK steel industry pushes for protectionism — even for steels it doesn’t produce
NEXT POST:
Metals prices pull back from recent highs