According to a recent report by the International Lead and Zinc Study Group (ILZSG), global lead and zinc supply exceeded demand through the first four months of the year. 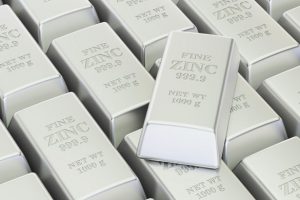 During the period, zinc mine production rose by 11.3%.

Meanwhile, refined zinc output rose by 4.5%. Zinc usage also increased, surging by 10.1% as a result of a “substantial rise” in China. However, China’s imports of zinc contained in zinc concentrates dropped by 9.4%.

Usage also increased in Brazil, India, Japan, the Republic of Korea, Taiwan, Thailand and Turkey. Meanwhile, apparent consumption fell by 2.1% in the U.S.

Meanwhile, in the lead market, global supply exceeded demand by 19,000 metric tons during the first four months of 2021, the ILZSG reported.

Furthermore, global lead mine production jumped by 9.1%, paced by increases in Australia, Bolivia, China, India, Mexico, Peru and the U.S.

Refined lead metal usage increased by 11.2%, the ILZSG reported, paced by gains in Brazil, China, India, Japan, the Republic of Korea, Turkey and the U.S.

Like zinc, China’s imports of lead contained in lead concentrates fell by 5.3% to 195,000 metric tons.

On the price front, lead and zinc have mostly traded sideways of late.

However, LME three-month zinc did dip to $2,844 per metric ton last week before recovering to close the week at $2,896 per metric ton, or down 3.4% month over month.