Cracks beginning to show in OPEC position on production cuts

In a relatively rare example of disagreement — or, at least, such public disagreement — usually close allies Saudi Arabia and the United Arab Emirates (UAE) have failed to reach agreement last week on an extension to the oil output cuts scheduled to expire in April 2022.

Saudi Arabia and the other 23 members of OPEC+ are in agreement to increase production by a modest 400,000 barrels per day each month from August to December. They would then extend the current baseline cuts from the scheduled end in April 2022 to December 2022. 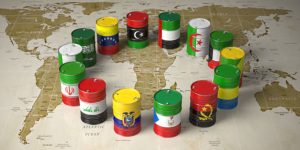 But the UAE has been a standout dissenter, according to the Financial Times. Under the proposed OPEC+ deal, the UAE would proportionally cut its production by 18%. That compares with a 5% cut for the kingdom and a 5% increase for Russia.

The UAE said it has suffered with around 35% of its current production capacity shut for two years now, compared with an average of around 22% for others in the agreement.

Both the Financial Times and Middle Eastern news source Al Jazeera have pointed to a number of areas where the once close allies have diverged in the last couple of years.

For example, the UAE pulled its support to Saudi Arabia in the Yemen war with Houthi rebels in 2019. In addition, the UAE normalized its relationship with Israel last year.

More recently, Riyadh has taken on the UAE’s status as the business hub of the Middle East. Saudi Arabia is insisting firms that are involved in major projects in the kingdom have to move their regional head office to the country. The Saudis have taken steps to make life difficult for firms set up in the UAE’s free trade zones to trade with the kingdom.

But the reality is probably more simple than regional rivalry.

The UAE is desperate to pivot away from a reliance on oil and natural gas. It desperately needs the funds to finance such development.

Funds it may fear that come from resources that have a finite life, as electrification ramps up and there is a reduced demand for fossil fuels further into the future. The UAE’s position on the cuts they had endured, at least in percentage terms, rather supports the notion they will dig their heels in for a better deal.

While there is much public verbosity, the likely outcome is the UAE will be allowed an increase, possibly on the basis it would simply be an increase in condensate products from its growing gas production rather than the pumping of more oil, per se.

Hedge funds and money markets remain heavily expectant of higher prices. Long positions are exceeding short positions by 5.76-to-1, according to John Kemp at Reuters. Investors have not done significant new position buying since the middle of June. However, the last three weeks have seen total positions in the 84th percentile for all weeks since the start of 2013. This suggests money managers at least remain skeptical that a relaxation for the UAE would do much to dent the tight market.