Novolipetsk Steel (NLMK) reported a 10.8% increase year over year in its crude production for H1 2021. The steelmaker benefited from stronger demand, as economies in Russia and abroad restarted economic activity, the group said. 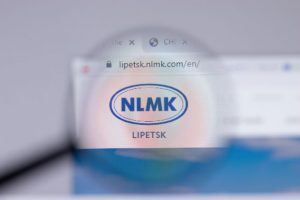 Total crude production across all NLMK’s steelmaking assets came to 8.94 million metric tons, compared with 8.07 million tons over the same time in 2020, the group said in its July 13 operational results.

Rebuilding work on the converter shop at NLMK’s main site in Lipetsk also helped to raise production, the group added. Its capacity percentage averaged to 95.5%, up from 93% over the first six months of 2020.

Lipetsk also supplies its slabs to assets in Europe and the United States for further rolling into coils or plate.

In addition, NLMK Indiana’s EAF can produce 770,000 metric tons of liquid steel, which it casts into slab and rolls into hot rolled coil.

NLMK Ural casts billet for sales and for rolling into rebar and further downstream into wire rod. NLMK Kaluga also produces billet for sale and as feedstock to produce rebar as well as sections.

NLMK’s sales across the group in H1 fell 7% to almost 8.24 million metric tons from 8.86 million metric tons, NLMK indicated. The drop was due to scheduled repairs on Lipetsk’s rolling mills in April and an increase in average transit times of slabs to the United States, following the resumption of deliveries there.

Sales of long products were almost 30% higher in H1 at 1.31 million metric tons, led by rising activity in the construction sector.

“Volumes in the first half of 2020 were reallocated in favor of exports due to weak demand in Russia during the quarantine restrictions,” the company noted.

Remaining volumes in each case went to the export market.

Sales on the Russian market in Q2 rose 26% year over year to 1.8 million metric tons with the start of the construction season, NLMK stated.

Modernization work on NLMK’s La Louvière hot rolling mill in Belgium pushed down Q2 sales in the E.U. segment by 18% on the year, the group noted.