This Morning in Metals: Job openings, hires decline in August

This morning in metals news: job openings and new hires fell in August, the Census Bureau reported; steel producers in the U.K. are warning of an energy-related crisis; and, lastly, Liberty Steel received a £50 million boost that it says will preserve about 660 jobs. 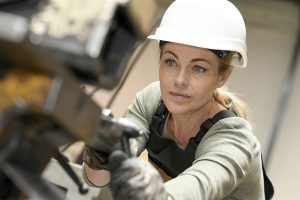 Both job openings and hires declined in August, the Census Bureau reported today.

Job openings fell to 10.4 million as of the last business day of August. Meanwhile, hires decreased to 6.3 million.

As MetalMiner’s Stuart Burns covered in a series of posts last week, energy prices are a mounting concern all over the world.

The U.K. steel sector is warning that rising energy costs could become a crisis for the industry. Surging costs for natural gas and other commodities threaten the continuity of their operations, they argue.

“These extortionate prices are forcing some UK steelmakers to suspend their operations during periods when the cost of energy is quoted in the thousands per megawatt hour; last year, prices were roughly £50 per megawatt hour,” UK Steel Director General Gareth Stace said last month. “Even with the global steel market as buoyant as it is, these eye-watering prices are making it impossible to profitably make steel at certain times of the day and night.”

Reuters reported UK Steel is asking the British government for help, saying that without aid the consequences for the industry will be “dire.”

Lastly, sticking with the U.K., embattled steelmaker Liberty Steel says an infusion of £50 million will help preserve 660 jobs at Rotherham, the BBC reported.

“GFG will inject £50 million of new funding into LIBERTY Steel UK (LSUK) to enable the restart of LSUK’s core Rotherham electric arc furnace,” GFG said in a release. “The provision of funding will set the platform to refinance LSUK operations in full, create a leading long-term GREENSTEEL hub, and support the RTC’s work of creating a profitable, restructured and focused business.”