Two countries, two neighbors, two of the most populated countries in the world — China and India talked of their individual approaches to climate change at the COP26 summit in Glasgow, Scotland.

The event was delayed by a year because of the COVID-19 pandemic. It comes six years after the landmark Paris accord, which 200 countries signed. They pledged to limit rising global temperatures to 2 degrees Celsius above pre-industrial levels. In addition, they would pursue efforts to cap heating to 1.5 degrees Celsius. 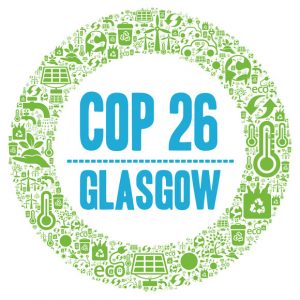 Nonetheless, Indian Prime Minister Narendra Modi committed to achieving net-zero emissions by 2070. That is 20 years beyond the goal set by the COP26 organizers and British Prime Minister Boris Johnson.

In his speech, Modi pledged the country would meet 50% of its energy needs through renewable sources by 2030. He also said India will achieve net-zero emissions by 2070. India is the world’s third-largest carbon emitter.

On the other hand, in a statement released during the summit, Chinese President Xi Jinping called for countries to take “stronger actions” on climate change.

“I hope all parties will take stronger actions to jointly tackle the climate challenge and protect the planet, the shared home for us all,” he said, according to China’s state media agency Xinhua, which published the statement.

Xi did not attend the summit.

Ahead of the COP 26, China’s National Development and Reform Commission (NDRC) released a detailed statement on its website of the country’s overall commitment to green energy. The NDRC said the construction of wind power and solar power stations with an installed capacity of 30 million kilowatts in the northern and northwestern sandy areas, rocky areas and deserts kicked off in mid-October.

China plans to increase its use of new energy vehicles in the next decade in order to achieve its peak carbon dioxide emissions by 2030.

Using a plan released by China’s state council last week, Beijing plans to increase the share of new energy vehicles (NEVs) and clean energy-powered vehicles to 40% by 2030, up from 20% by 2025.

According to the China Association of Automobile Manufacturers, sales of new-energy vehicles through the first nine months of the year reached 2.16 million vehicles. The nine-month total marked a jump of 185.3%.

But at COP26, a belligerent China called for developed countries to help developing nations do more. Experts at the conference said Xi’s statement failed to make any new commitments on climate change.

Xi’s comments follow criticism from U.S. President Joe Biden at the summit of the world’s largest economies. Biden criticized China and Russia at a news conference, saying the countries “basically didn’t show up” with climate commitments.