Home | Exports | Could Russia’s aluminum export tax be coming to an end next month?
Market Analysis 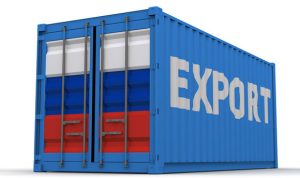 Meanwhile, U.S. premiums have fallen 20% from an all-time high last month to below $600 per ton, according to the CME today.

The Reuters post quotes various sources that suggest both the LME price and the physical delivery premiums will fall further (potentially much further if you believe some sources). On the flip side, metal remains tight, including primary metal, billet and downstream products.

Some mills in Europe are out to late Q2 on deliveries. Even those able to offer earlier deliveries are still late Q1. For now, demand remains robust. While prices will come down with the underlying metal and delivery premiums, conversion premiums at least are holding up.

Hope for easing prices ahead?

One driver of elevated conversion premiums — in the European market, at least — has been a surge in alloying element costs due to the power constraints in China limiting production and, hence, export volumes of magnesium, silicon and manganese.

But that driver, while still present, is now slackening as producers adjust to a constrained but more dependable power supply regime in China. As a result, prices have already fallen substantially since September peaks.

Whether we are seeing a pause in aluminum’s bull run or the early turn toward lower prices for 2022 remains to be seen. Some of the recent drivers are looking much less bullish than they did just a few weeks ago. Consumers have every reason to hope Q1, rather than the previously expected Q2, will see the softening of all-in delivered prices.