Home | Green | Green energy boom now biting all of Europe — and the USA, too
Commentary

Green energy boom now biting all of Europe — and the USA, too

In 2018, a pair of us on the MetalMiner team attended the “premier aluminum conference in Europe” — Aluminum 2018 Dusseldorf. Although Dusseldorf felt like a charming Ohio blue collar town with good beer, one of us left the event with a deep cough (obviously pre-Covid). Oddly enough, the weather alert app kept displaying daily ozone levels in the “high” or “extremely high” range. As a puzzled American, one of us appeared confused and the other, thankfully knowledgeable. The cough comes down to the type of energy now used in Germany, coal. MetalMiner’s European colleague quickly explained that after the Japanese Fukushima nuclear disaster, Germany implemented a plan to shut down its entire nuclear operations no later than 2022. 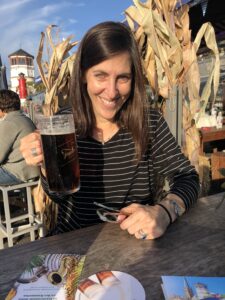 In hindsight, that decision by Germany appears both foolish and ironic. Foolish because Germany has lost its negotiating power (pun intended) with Russia for which it relies.  It’s ironic because the country already had “clean energy” but now must turn back to dirty energy to avoid blackouts.

Join the MetalMiner team on Wed March 2, 2022 at 11:00-11:30 for a market outlook on the impact of the Russian invasion on aluminum and steel prices.

In the meantime, while the world watches the Russian invasion and also the impact of sanctions, (we’ll venture a guess that they will have minimal impact), the MetalMiner analyst team discussed Europe’s energy situation and the impact on various metals markets.

On stability of the electric power grid in Europe

Have you ever stood in a field and felt a constant breeze for hours with no interruption at all? Well, we haven’t either. However, if you think wind comes and goes how about relationships with other countries like Russia?  Perhaps one can conclude that renewables serve best as supplemental energy sources, certainly not primary sources. When Texas needed to fly helicopters with jet fuel derived from oil to thaw out windmills, clearly the grid did not perform as planned. This begs the question: will the move to green energy continue and will it pull up metals prices needed to support green energy initiatives? If the trend does not continue, one might expect a sharp reversal for several metals.

Evidence that the US power grid has weakened

Home and commercial generator manufacturer Generac has seen a big uptick in home generator sales according to this recent article. Heck, even one of our analysts recently purchased a natural gas generator from Generac to shore up a weaker local power grid. And CEO Aaron Jagdfeld confirmed rising sales in Russia and the Ukraine by stating, “we’re seeing interest in Russia and Ukraine which arguably might be related to some of the security concerns short term.”

To us, this represents a sure sign that people know the grid appears unsustainable. The green narrative centers around climate change as the root cause of more severe weather but the other factor relates to the unreliability of green energy and power companies have failed to make the investments in back-up energy sources needed to support wind and solar. Green energy goes down far more often than either nuclear or coal plants.

From an alternative investment standpoint, the lack of energy independence, the lack of sunshine or wind at times will help spur other energy spin off companies such as generator companies (by the way the home generator lead time for this editor stands at 5 months). Another spin off will include diesel vehicles produced with mobile generators to charge cars after they run out of charges on highways.

Does energy independence create autonomy? Germany and the rest of Europe may have the opportunity to discover that answer now. Energy of course drives the overall economy literally fuels productivity. In supplier negotiations, the easiest way to control the process involves gaining leverage. And thus the easiest way a country can gain leverage involves the control of their energy. We now see this throughout Europe and to a lesser extent, the United States right now. The US placed sanctions on Russia but failed to address the oil they sell us. In this respect, the US has lost negotiation leverage. By ceding our own energy autonomy, the US becomes beholden to despots like Putin. Moreover, Russia can choose both to cripple the US as well as the timing.

Oil prices have no immediate cap. Prior to the invasion, rising demand already provided price support. By shutting down American production, the US gave up its control over the oil price. As a net exporter of oil, the US also supplied the world market. Thus the US had a role with both supply and demand. Second, any time oil prices surged, the US could enter the market with more supply and thus help control prices. Moreover, as the only non-OPEC producer, the US had some control over global oil prices.

Although oil prices make up some 30% of the CRB index, a rising oil price might not carry over to industrial metals. Nor does it apply to the price of individual exchange traded metals (e.g. aluminum, copper, nickel etc). The one-two combination of rising oil prices combined with steep inflation will likely depress demand for goods and services. Ordinarily, a rising oil price tends to signal rising demand and often, a healthy economy. Today, just the opposite may occur.

Perhaps part of the strategy involves driving up oil prices, to help hasten the switch to green energy and technologies. And in time, perhaps that transition will occur. In the meantime, most of those technologies do not generate a strong ROI — either for the consumer or for businesses. And with a Russian invasion of Ukraine, perhaps it’s time for a rethink.