END_OF_DOCUMENT_TOKEN_TO_BE_REPLACED

Europe’s Green Deal will come at a cost for several industries, trading partners

Heard of Europe’s Green Deal? No?

That may not be surprising, as it was only announced last month. While it sounds like the latest fruit and veg special offer at your local supermarket, it is likely to be one of the most profound policy changes to hit Europe since the formation of the Common Agricultural Policy or the creation of the Euro — or so says Nick Butler, chair of the Policy Institute at Kings College London, writing in the Financial Times this week.

The Green Deal was announced by new European Commission President Ursula von der Leyen, and in brief, is a commitment by the E.U.’s 27 member states to achieve zero net carbon emissions by 2050.

END_OF_DOCUMENT_TOKEN_TO_BE_REPLACED

Tariff exclusions are published in the Federal Register (there is also a search portal). You can also search through the lists with your HTS code:

END_OF_DOCUMENT_TOKEN_TO_BE_REPLACED

In its ongoing dispute with India over its tariffs on Indian hot-rolled carbon steel, the U.S. plans to appeal a WTO compliance panel ruling.

END_OF_DOCUMENT_TOKEN_TO_BE_REPLACED

The successor to the 1994 North American Free Trade Agreement, dubbed the United States-Mexico-Canada Agreement (USMCA), has now made its way through both chambers of the U.S. Congress.

In December, the White House and House Democrats reached a deal over revisions to the USMCA, yielding an overwhelmingly bipartisan 385-41 vote Dec. 19 that sent the deal over to the Senate.

On Thursday, the Senate voted 89-10 to approve the USMCA via the United States-Mexico-Canada Agreement Implementation Act. Sen. Pat Toomey was the only dissenting Republican vote.

END_OF_DOCUMENT_TOKEN_TO_BE_REPLACED

Steel companies and mining companies in India have heaved a sigh of relief after the federal government amended the prevailing mining law to permit the “seamless transfer” of regulatory approvals to new owners of operational iron ore mines, the Economic Times reported.

The lease of 334 non-captive mineral mines will expire March 31 this year. Of these, 46 mines are operational, 26 of which are iron ore mines.

When the lease expires, all will go on the auction list as per the mining law. However, for some time now there have been apprehensions that the auction round would not be concluded as scheduled.

END_OF_DOCUMENT_TOKEN_TO_BE_REPLACED

With first phase in the books, U.S.-China trade talks shift to next stage

The escalation in U.S.-China trade relations appeared to take a brief pause Wednesday when U.S. President Donald Trump and Chinese Vice Premier Liu He signed what has been billed as a “Phase One” trade agreement between the world’s two largest economies.

“Today we take a momentous step, one that has never been taken before with China, toward a future of fair and reciprocal trade as we sign Phase One of the historic trade deal between the United States and China,” Trump said in opening remarks during the signing ceremony Wednesday, adding the deal would begin to “right the wrongs of the past.”

Over the past two years, following the launch of a Section 301 investigation in August 2017, the U.S. has imposed a total of approximately $370 billion in tariffs on Chinese goods, with China responding with tariffs of its own at each step of the way amounting to $110 billion.

END_OF_DOCUMENT_TOKEN_TO_BE_REPLACED 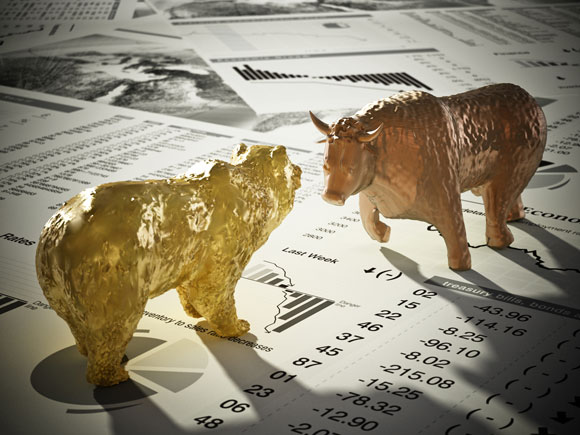 The inverse relationship between the strength of the U.S. dollar and the price of commodities has held good over time.

That relationship isn’t a constant, of course. Political, economic or supply-demand fundamentals can trump dollar strength at times of stress. However, as a broad measure, it can impact prices day to day, week to week and year to year.

While stock prices are currently at all-time highs, commodity prices are as cheap today as they pretty much have been for decades — not historic lows, but relatively speaking commodities have not enjoyed the same boost from cheap money and asset-boosting policies like quantitative easing that stock prices have seen.

END_OF_DOCUMENT_TOKEN_TO_BE_REPLACED

Amid widespread environmental fallout, where does China’s metal mining sector go from here?

Environmental damage caused by mining and refining processes like smelting are not uncommon.

In the last two years alone, one site lists 10 major tailings dam failures alone; environmental damage from tailing ponds is only the thin end of the wedge when it comes to the wider remit of potential environmental consequences arising from mineral extraction.

Yet not one of those events listed was in China, despite half the world’s metals being refined and produced there, and a sizable proportion of the world’s mines being in China.

END_OF_DOCUMENT_TOKEN_TO_BE_REPLACED

Oil price spikes, then retreats after assassination of top Iranian general — but what’s next?

The assassination of Iranian top military official Qassem Soleimani outside Baghdad airport last week caused a near 4% surge in oil prices and a drop in share prices as investors took fright at the prospect of an all-out war between the U.S. and Iran. Not long after, however, oil prices retreated over 4% to below $60 per barrel Wednesday morning after President Donald Trump said Iran appeared to be “standing down.”

In reality, while that remains a possibility, a more likely outcome is an ongoing lower-level exchange of tit-for-tats as evidenced by Iran’s attack overnight earlier this week on two airbases housing U.S. and coalition forces in Iraq.