The United States International Trade Commission last week announced it is launching an investigation related to the importation of something that is often considered the wave of the future: automation […]

Looks like the tide has finally turned. Benchmark Your Current Metal Price by Grade, Shape and Alloy: See How it Stacks Up Extending that metaphor is easier now than it’s […]

Set against the backdrop of the recent presidential election, the media’s constant referral to protecting American jobs and employment should come as no surprise, even though the level of national employment has never been better.
Click Here for Current Metal Prices
The reality, of course, is that national figures mask regional disparities and the disproportionate impact in some industries of offshoring and global competition has been intense. In practice, though, globalization is only part of the issue when it comes to the loss of jobs in certain industries. There has been a great deal of recent research which supports the position that automation is having as much, if not more, impact on certain industries than competition from abroad.

As the Financial Times observed recently, automation has been a constant for decades, and the latest advances in robotics and artificial intelligence all but guarantee that the pace will accelerate, but some industries or job roles are particularly vulnerable to replacement by machines. All industries operate in a global environment, the decision as to whether to invest in automated processes should not and cannot be made based on employment, alone, if firms want to survive in the long-term.
The key question is not whether automation, robotics or artificial intelligence will replace humans in existing roles, the question is simply when. For society at large, the pace of automation will determine how easily the displacement of workers can be handled — and whether this creates a political backlash or is accommodated through retraining and the creation of new jobs.
[caption id="attachment_82809" align="alignnone" width="300"] 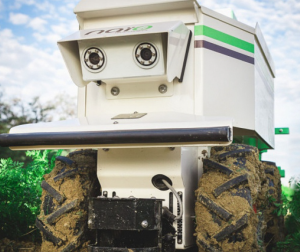 Source: Direct Industry[/caption]
We are used to seeing rows of gleaming robots assembling cars in modern automotive factories but a recent article in Direct Industry explores developments in the agricultural industry and highlights the fast pace of robotic developments that could well see the replacement of humans for many agricultural activities in the years ahead.
Global sales of agricultural robots are increasing and could reach $16.3 billion by 2020, according to a report by WinterGreen Research quoted in the article.

It is very likely that that is just the tip of an extremely large iceberg. Robots are now able to select and pick ripe fruit with an accuracy and delicacy that just a few years ago was thought to be the exclusive domain of humans. If such levels of sophistication are possible in the gathering of delicate fruits like strawberries, almost any role in the field or farm has the potential to be replaced by a machine. Fortunately, in the US agricultural employment is a small percentage of the population, but in many emerging markets it is huge.
[caption id="attachment_82810" align="alignnone" width="300"] 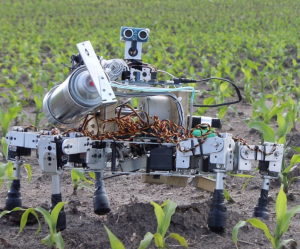 Source: Direct Industry[/caption]
The FT article also explores the role automation and artificial intelligence could have on the automotive sector. The arrival of self-driving cars may have little impact on employment, beyond the risk for taxi drivers, but the impact on the road haulage/trucking sector could be significant.
Quoting the FT in a report on automation’s impact on the economy late last month, the White House said that most of today’s 1.7 million drivers of heavy trucks in the U.S. are likely to be replaced — though again when is the question it could be 10 or 20 years, but ideas like Platooning, in which automated trucks form a convoy behind a lead truck driven by a human, could bring a form of supervised automation. Building on the technology used in today’s Teslas and the like that could be viable today. Although for all truck driving roles to be replaced by robots will undoubtedly take decades, the market for early adopters could still be vast.
Two-Month Trial: Metal Buying Outlook
Automakers building production facilities in Mexico are an easy target, much harder for politicians and society is to accommodate the rise of the machine. We can no more stand in the path of progress than could the Luddites. It is not a matter of if, simply of when.

Editor-At-Large Stuart Burns writes that robots and automation will change industries we would not consider to be candidates for automation today. With China and Japan purchasing more robots every year, adaptation is inevitable.

That’s why we, here, at MetalMiner welcome our new robot overlords. That and because we want to get our Amazon packages faster and find John Connor. By the time our 10-year-olds have degrees in computing (and, hence, robots), computers will be a hundred times cheaper and smarter than they are today.