A new space has opened up for India’s scrap metal recycling business. The government has given its go-ahead to a “state-of-the-art” auto shredding and recycling plant, which has been in the pipeline for about a year.

The automotive scrap shredder/recycler is the result of an agreement signed with the state-run metal scrap trading firm MSTC (formerly Metal Scrap Trade Corporation) and Mahindra Intertrade, a part of the diversified $17.8 billion Mahindra Group. Mahindra, incidentally, is a well-known auto major in India, too.

India’s scrap market is estimated to be in the range of about $1.8 billion, and most of the scrap required by the country, about 5-6 million metric tons, is imported. 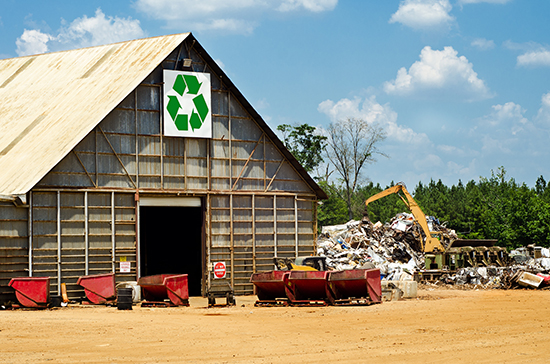 In a thriving auto market, such as India’s, there’s no formal disposal method for end of life vehicles right now, thus the new joint venture has a ready-made market. The JV will start off with a single unit, but will soon expand across India. The idea is to save India precious foreign exchange rupees, in addition to creating jobs. Every ton of new steel manufactured from scrap will help save iron ore, coal, electricity and limestone from being produced.

A statement by Mahindra Intertrade Managing Director Sumit Issar said the facility will establish an automotive recycling capability for end-of-life vehicles from collection, compaction, transportation, depollution, dismantling, shredding, recycling, and disposal with a capacity of about 100,5000 metric tons. It will begin commercial production by March 2018. The scrapping of old vehicles will help recover significant amounts of steel scrap, aluminum scrap, plastic and rubber.

Presently, the Indian auto scrap industry is very informal. While small units do exist in some parts of the country, the biggest and most-famous “auto graveyard” in North India exists in a place called Mayapuri in the southern part of India’s capital, New Delhi. Dismantling a car here takes about 80 minutes, involving about 8 workers who work without any proper clothing or supervision, and with polluting conditions.

In the U.S., the automotive recycling industry employs over 140,000 people in the at more than 9,000 locations. About 86% of a vehicle’s material content is recycled, reused or used for energy recovery.

Mahindra expects India’s scrap requirement to grow to as much as 15-20 mmt in the next five to 10 years.

The Indian Steel Ministry, too, is contemplating making zones or clusters of similar shredding plants, which can provide raw material — as secondary steel, aluminum, and copper — for consumption in states with high building demand.

On a different level, Novelis’ turning bullish in the auto sector (we listed the most recent expansion moves in Part One) is a sign of the times we live in. […]