Our Renewables MMI regained some of the ground it lost last year and climbed back up to 52 this month.

However, renewables are still a market stuck in a low-price rut with little prospect of breaking out of the low range they’ve been settling into over the last four years. Seemingly paradoxically, renewable energy was the biggest source of new power added to U.S. electricity grids last year as falling prices and government incentives made wind and solar increasingly viable alternatives to fossil fuels.

With so much investment in the technology, why such a gloomy outlook for the metal products, such as grain-oriented electrical steel and silicon, that go into them? Most are oversupplied and their individual markets have not yet hit bottom in this bearish commodities cycle. We’ve also often lamented that the recently extended tax credits for products that contain these metals actually help keep prices low and discourage any real price inflation based on value.

Low prices for both gasoline in cars and natural gas for electrical power generation will also discourage further adoption as those fossil fuels will look more attractive to investors.

The good news is that with more adoption, green technologies are getting into the hands of more homeowners, in the case of solar, and more utilities in the case of wind. Some lesser-subsidized technologies such as biomass are also taking a bite out of the electrical power generation market where natural gas is now the dominant player.

Power from natural gas-fired plants accounted for 25% of capacity added to grids last year. Nearly one-third of all electricity in the U.S. is now generated by gas, putting it nearly on par with a declining provider, coal.

The future is certainly bright for the metal inputs of wind turbines and solar panels. We just wouldn’t advise anyone to invest in these metals right now expecting a turnaround and an escalating market such as nickel’s 2014 climb. Slow, steady and subsidized will win this race.

For exact pricing, log in or join as a MetalMiner member below!

We recently wrote about how the spending bill signed in December favors solar power with better and longer renewable energy tax credits than it gives to wind power. However, solar also did better in the extenders” bill than the one technology responsible for generating the most energy from renewables in the US today: biomass.

The tax extenders package benefits biomass power with an extension of the Section 45 production tax credit (PTC). The PTC for technologies other than solar or wind has been extended for two years, through Dec. 31, 2016. The incentive amount for wind, geothermal, and “closed-loop” biomass — the kind that does not create carbon dioxide — is $0.023 per kilowatt hour. For other eligible technologies such as fuel biomass, municipal solid waste, landfill gas and others, the credit is $0.012 per kw/h. 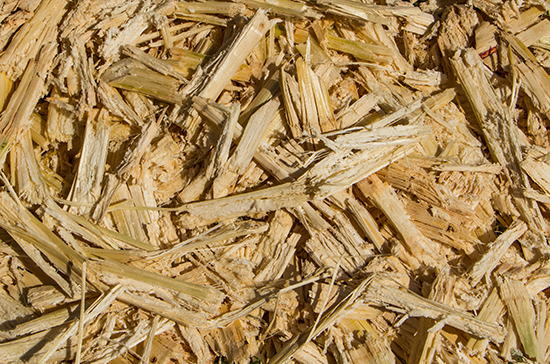 In contrast, the legislation allows solar power companies to keep claiming federal tax credits at 30% of the price of a solar array. The credits, which apply to home solar kits as well as big commercial installations, will be good through 2019. After that, though, the credit will begin to drop, declining to 10% in 2022. Credits through 2022 vs. $0.012 cents per kw/h for one year? Even wind did better than biomass with its $0.023 cents per kw/h and an extension of those credits through 2019.

Biomass is biological material derived from living, or recently living organisms. In the context of biomass for electrical power generation, this is often used to mean plant-based material, but biomass can equally apply to both animal- and vegetable-derived material. Woodburning stoves are a primitive form of biomass heating. Ethanol for cars also falls under the biomass category as “biofuel” but it’s not used for electrical power generation.

About half of all renewable energy in the US comes from various forms of power generation derived from biomass sources such as wood, grasses, agricultural residues and organic waste. Half. If tax credits for renewables are going to be used as economic carrots toward why are we leaving the breakout star of energy production figuratively on the bench?

What is Carbon Neutral?

Part of it is infighting among environmental groups about how “renewable” biomass plants really are. It’s certainly true that burning wood is not “carbon neutral” at all. Burning wood for electricity is highly inefficient and not scalable for mass energy consumption. By substituting trees for coal, power plants avoid fossil-fuel carbon emissions, but trees are approximately half water by weight, so to generate the same amount of electricity from trees as from fossil fuels, many more trees have to be burned, resulting in roughly 40% more carbon-dioxide emissions at the smokestack per unit of energy generated.

Yet, if you go beyond power plants that burn wood pellets the emissions go way down and the power becomes much greener.

One company is building a plant that it says will convert 600,000 metric tons of sugar cane waste annually into 200,000 tons of “bagasse” biofuel pellets that can be burned in coal-fired plants without much retrofitting.

Bagasse is essentially what’s left over from sugarcane after sugar is harvested from it. The fibrous material remains after sugarcane or sorghum stalks are crushed to extract their juice. It’s a dry, pulpy residue left after the extraction. For electricity production, it is stored while still moist, and the mild exothermic reaction that results from the degradation of the residual sugars dries bagasse in a big pile.

It’s dried form can be burned, just like coal, in power plants. Unlike coal, bagasse does not produce toxic emissions. While it’s generally more expensive than coal, it also has a higher energy content than some types of coal, producing up to 10,000 BTUs of energy per pound.

American BioCarbon, formerly known as NFR BioEnergy, is partnering with the Cora Texas Manufacturing sugar mill in White Castle, La., (near Baton Rouge), to build the first 100% bagasse-fueled power plant in the US.

The project is just the first of what Louisiana officials say could be 10 or more such facilities throughout south Louisiana, requiring a total of $312 million in capital investment and employing 450 people by 2019.

The largest biomass power plant in the country, currently, is Florida’s New Hope Power Partnership, a 140-megawatt facility generates electricity by burning a mixture of bagasse and recycled urban wood, powering some 60,000 homes as well as the sugar company’s own milling and refining operations.

Nations with large sugar industries, such as Brazil and Cuba, already generate a large percentage of their power from bagasse using minimally retrofitted former coal plants and sugar mills whose production is offset by burning bagasse to run the mills.

Biomass won’t likely give natural gas a run for its money anytime soon when it comes to overall electrical power generation but it does have the potential to reuse existing coal-burning plants, with minimal retrofits, to provide clean power while also supplementing the existing US sugar industry. That’s something the solar and wind can’t provide.

The American Society of Heating, Refrigeration and Air-Conditioning Engineers (ASHRAE) the U.S. Green Building Council, and the Illuminating Engineering Society are considering the developing biomass requirements for inclusion in their new, co-sponsored green building standard.

Prior to the current biomass debate, the USGBC had a years-long internal feud over the use of wood as a building material and which organizations could certify wood as “sustainable” for LEED projects.