This week, President Donald Trump and the Department of Commerce used executive orders, new anti-dumping investigations, memoranda invoking national security concerns and other executive branch tools to get tough on foreign steel imports.
Benchmark Your Current Metal Price by Grade, Shape and Alloy: See How it Stacks Up
Although Trump or Commerce Secretary Wilbur Ross never overtly stated it, the target is clearly China and the global steel overcapacity that it’s the main culprit in creating. China’s steel exports hit a record 112.4 million metric tons in 2015, then dropped slightly to 108.49 mmt last year, as Chinese mills have been chastened by threats of a trade dispute.
[caption id="attachment_81621" align="aligncenter" width="550"]

The Trump administration is using every tool in the box on steel overcapacity. Source: Adobe Stock/Argus.[/caption]
To date, the Global Forum on Steel Overcapacity hasn’t caused overcapacity to come down very much. Can a section 232 investigation or other U.S.-only actions change that? The U.S. steel industry certainly seems to think so. Or it’s at least saying, “why not try?”
Steelmaker executives such as U.S. Steel CEO Mario Longhi and SSAB Americas President Chuck Schmitt flanked Trump and Ross at the memorandum-signing ceremony calling for the Section 232 investigation yesterday. The praise was universal from steel producers as one might expect, too. Still, Trump’s latest salvo on trade will renew concerns that China may retaliate.
China’s Foreign Ministry spokesman Lu Kang said today the country needed to ascertain the direction of any U.S. investigation before it could make a judgment. There’s also the fact that Trump now claims that he and Chinese President Xi Jinping are the best of friends.
Chinese steel executives also repeated their mantra that overcapacity is not just China’s problem and it needs global coordination to resolve it, but also said it would be tough to rein in the sector.
“The Chinese government will not set export limits for the steel mills and could not keep track of every mill,” Li Xinchuang, vice chairman of the China Iron and Steel Association, told Reuters.
What may be more effective is rising steel prices in China and what looks more and more like a very real crackdown on pollution and dirty air in China. An early-year surge in Chinese steel prices has lifted the prices of its export products and China has lost its competitiveness with other markets. With coking coal prices increasing, Chinese steel prices could increase even more, which our Lead Forecasting Analyst, Raul de Frutos, pointed out this week.
Two-Month Trial: Metal Buying Outlook
On a personal note, this will be my last MetalMiner week-in-review. I have thoroughly enjoyed informing all of you wonderful readers and site users about the latest developments in metals markets these last three years. Thank you for taking advantage of our services. It has been an honor.

Dean A. Pinkert is a partner in Hughes Hubbard’s International Trade practice. He is a former Commissioner of the U.S. International Trade Commission. Pinkert was nominated by President Bush and confirmed by the Senate in 2007, and was designated Vice Chairman by President Obama in 2014.
Benchmark Your Current Metal Price by Grade, Shape and Alloy: See How it Stacks Up
As a commissioner, Pinkert participated in numerous anti-dumping, countervailing duty, and safeguard investigations, including the special safeguard investigation of passenger tires that resulted in import relief for the domestic tire industry and was upheld by the World Trade Organization. He participated in an unprecedented number of final determinations in Section 337 investigations during his tenure, notably dissenting in an electronic devices case that went to President for policy review. President Obama, relying on many of the factors cited in the dissent, overruled the commission for the first time since 1987.
[caption id="attachment_84022" align="alignleft" width="180"] 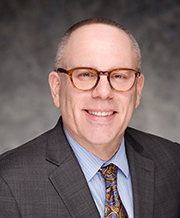 Former ITC Vice Chair A. Dean Pinkert. Source: Hughes Hubbard.[/caption]
Pinkert spoke with MetalMiner Editor Jeff Yoders by phone about several issues facing metals producers and manufacturers, including global steel and aluminum overcapacity and how the new Trump administration can approach trade and overcapacity issues. This is part one of our discussion.
Jeff Yoders: Do you feel that the current tools being used to regulate trade are effective in dealing with global steel overcapacity? And global overcapacity for other metals?
Dean Pinkert: If you go back a year now, to the G20 decision to look at the overcapacity situation regarding steel, there has been a lot discussion, and there will be more, but, eventually, they will be able to figure out a way to proceed with a plan to reduce worldwide overcapacity. I just saw today that some of the aluminum interests around the world are looking to initiate that same type of process with regard to aluminum production.
That tells you that there’s a sense that there is progress being made on the steel side and the aluminum producers feel that they’re in a similar worldwide overcapacity issue and they want to see if that G20 process, intended to get the amount of product produced worldwide, down could be successful.
JY: A lot of these overproduction issues have to do with non-market economies and how difficult it is to compare what is a fair price in a market such as China’s or Vietnam’s and what is charged and what it costs to produce these materials in a market economy? Is that a major problem that’s causing overproduction to continue?
DP: It’s very difficult in non-market economies to determine whether or not the pricing is being determined by the government or in some other hybrid kind of way. If you look at the Department of Commerce‘s non-market economy methodology, they determine a cost of production in, let’s say China, but it’s not based on Chinese pricing. It’s based on pricing in a comparable market economy. That’s the methodology they use. The ITC is not involved in that, but the reason why there is that methodology is because of how difficult it really is to figure out how pricing is determined in these native non-market economies. Prices in those economies could be dictated by the government or, honestly, any number of other institutions.
Starting in 2007, though, Commerce made it possible for there to be countervailing duties in a non-market economy case and not just anti-dumping. Anti-dumping has to do with the prices that the foreign company is charging in the U.S, whether they’re lower elsewhere and whether they’re below the cost of production, there is whole set of issues surrounding them but they are based on what the cost is once they are exported here. In countervailing duties, it’s whether there are subsidies provided by a government and that can be before production, during production or after production.
Before 2007 commerce couldn’t find countervailable subsidies against non-market economies shipping products here because it was too difficult to find out what a subsidy is in them. Commerce changed that in 2007 and there’s been some real movement in that area. Some countervailing duties on steel products have pushed overall duties above 200%. As a result, there has been effective enforcement.
JY: Do you feel other tools need to be used in the modern, global economy? It’s been a long time since section 201 or Section 301 have been invoked….
DP: In 2001 the Bush administration asked for a global steel safeguard. They initiated that on June 5, 2001. That was put in place and lasted for 18 months. After 18 months, the Bush administration said they had been successful in helping the industry recover, maybe not taming global steel overcapacity, but bringing the industry back.
JY: It’s been awhile, though, you know, since 2001…
DP: Well, the safeguard approach could very well be dusted off by this new administration. We’ll see if it’s used, where it’s used and how it’s used. I don’t want to jump out and say it should be used for this product or that other product, but what I will say is where there is global overcapacity and global overproduction. No one disputes that.
Two-Month Trial: Metal Buying Outlook
Folks in the industry should look to see whether they wish to avail themselves of the section 201 safeguard because that could be a worthwhile approach. I do admit that global safeguards have faced some rough sledding at the WTO in recent years and that includes the steel safeguard that the Bush administration put in place. They attempted to defend it at the WTO and were not successful. That may have been one of the reasons that they chose to withdraw it after 18 months, it wasn’t stated as one at the time, but it could have had something to do with it.
Today, though, there could be industries where the safeguard approach might be useful, but you have to be mindful of what might happen at the WTO level.