Want complete pricing? Get it daily with the new MetalMiner IndX℠

US Palladium Bar Price Rises 4.4% for the Week; Platinum Falls

Want complete pricing? Learn how to subscribe to the new MetalMiner IndX℠

Editors Note: In some cases (e.g. Japan and China) prices hold steady because they represent transacted prices and are not exchange-traded.

To get complete pricing, learn more about the new MetalMiner IndX℠.

Olympic Metals – Worth Less (On the Markets) Than You Think

Recent details on the new 2012 Summer Olympic medals may have Olympians shooting for the silver, instead of the gold (prestige-mestige, right?).

According to a recent article in The Economist, based on current metal prices, the silver found in this year’s gold medal is actually worth more than the gold. 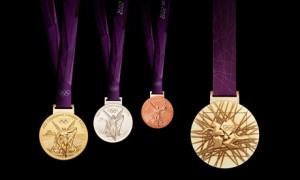 Look at these beauties. Not a bad look for the 2012 Olympics, eh? Source: guardian.co.uk

Weighing in at 400 grams (14 ounces), this year’s medal is one of the largest and heaviest to grace the necks of Olympians. And apparently, “they will be more than twice as heavy as the average of the previous five games, and almost 17 times heavier than at the 1912 Olympics in Stockholm.” 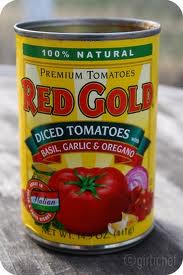 Imagine having this bad boy, minus 0.5 oz, hanging around your neck. Source: girlichef.com

What is it made of, you ask?

Well, don’t bite down too hard, champions… your gold medal only has a thin layer of gold on the outside — about 6 grams — while the majority of the medal is made up of 92.5% silver, and the rest copper. The Economist estimated the medal would be worth about $706, but for fun, we thought we’d break down the raw material numbers using the data from our MetalMiner IndX℠ for you.

Our estimated value, not counting manufacturing cost, rounds out to be about [drum roll] $475.50! Here is a breakdown:

Of course, prestige is priceless, and as the article noted, “medals are, of course, worth far more than their weight in gold. On March 29th Wladimir Klitschko, a Ukrainian world heavyweight-boxing champion, raised $1m for charity by auctioning off his 1996 gold medal.”

Thus, while the medal in raw materials is worth less, any champion wishing to sell their medal’s metal would certainly make some pocket change. With that said, let the games begin! 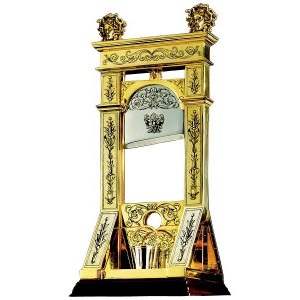 In Part One, we covered the creation of China’s new rare earths association, designed to facilitate consolidation and more environmental oversight of rare earths miners and processors.

The Golden Ticket — to the Gallows

Apparently, a 30-year-old Chinese woman, named Wang Caiping, has been sentenced to death (after serving two years in prison) for losing CNY 94 million (about $14.9 million) on the gold and futures markets on behalf of investors.

Reuters, working from the original Xinhua report, noted “the intermediary court of Wenzhou, in China’s eastern Zhejiang province, ruled that Wang had committed the ‘crime of fraud of financing’ and sentenced to death for the huge sum of money involved.”

Wow, if the US had a criminal justice system the likes of China’s, heads may truly have rolled on Wall Street following the financial collapse…

Seriously, though, this kind of stuff seems to happen in China all the time. Another woman by the name of Wu Ying was also recently “sentenced to death by a local court for ‘illegally raising’ 770 million yuan in funds,” Reuters reported; China’s supreme court is reviewing the case. The harsh natures of these sentences seem to say, “If you’re a woman in China, you’d be better off not handling large sums of money.” (Some slightly heartening news: the article notes, “in China, a sentence of jail time and death usually means the punishment will be reduced to life in prison.”)

A propos of losing money, the world’s major aluminum producers are in danger of doing just that, and much of their profit margins hinge on what’s happening in — you guessed it — China.

The Financial Times reports that the Chinese aluminum industry is about to start “an enormous programme of expansion in the coal-rich Xinjiang province in the country’s far west,” mainly based on the region’s access to cheap coal.

Executives are promising to build 10 million metric tons of annual production capacity over the next three years, enough to meet nearly 60 percent of China’s current demand, according to the article.

But even though China’s government and government-supported sectors are bullish on such industry dynamics, the current climate of global smelter shutdowns has Rusal, Alcoa and other non-Chinese producers sounding pretty bearish. (After all, to paraphrase one executive, cheap coal can’t last forever, and infrastructure challenges await China’s aluminum producers.)

If the previous thousand words or so, spanning two posts, point to any sort of picture, it’s this: China may still be growing, but the country is still years — maybe decades — away from getting its act together in terms of developed-world advancement.

Worries about the inflationary impact of monetary easing may well appear misplaced. However, no doubt they remain widespread – so widespread in fact that they have  underpinned the rise of the gold price over the last couple of years. Recent assessments by the Fed that the near term economic outlook appears to have improved combined with reduced anxiety over the European debt crisis have taken much of the steam out of the gold price and allowed it to drop back below its 200 day moving average. At the same time, a cautious but growing optimism that global GDP growth particularly among manufacturing if not strong then not as bad as previously feared has acted as a support for platinum allowing the more industrially focused catalytic metal to rise in price. It has taken its 200 day moving average back above gold for the first time in six months. 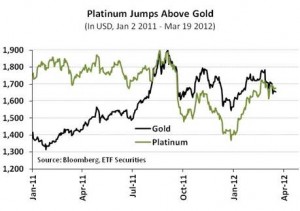 Central bank and investment buying remain support factors for gold but the demand from emerging market private investors has become a problem in some markets. Although China has encouraged the general public to become physical gold buyers in India the Associated Chambers of Commerce and Industry of India (ASSOCHAM) has said the government has proposed to raise import duties from 2 to 4% to try to discourage excess imports into the country. India’s annual gold production at approximately two tons, (the country imports around 900 tons), has caused a strain on the country’s balance of payment. As the largest importer of gold in the world, India accounts for nearly one-third of the annual demand. Imports by value have increased from $4.1 billion in 2001-02 to $33.8 billion in 2010-11 due to higher prices and rising demand in the country. Some fear imports could reach $100bn by 2015-16.

Platinum’s rise appears similar to gold this year, haven risen up to late February only to fall back a little since.  Relatively speaking though, platinum support appears strong due to its improving industrial fundamentals over gold with weakening financial fundamentals. How the next few weeks will play out nobody knows but the momentum appears to favor platinum. 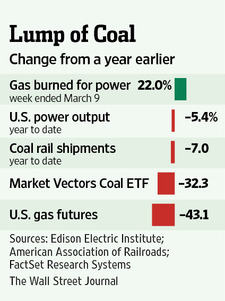 As Chile is hit by falling ore grades and Peru is hit by delays due to populist agitation, the copper market is pinning a lot on the start of copper production later this year at Rio and Ivanhoe’s Oyu Tolgoi mine in southern Mongolia’s Gobi desert.

First identified over ten years ago, Rio and their subsidiary, Ivanhoe, along with the Mongolian government that holds a 34 percent stake, have poured billions into what is one of the most exciting mining projects in the world. Admittedly not as large as Chile’s Escondida, Oyu Tolgoi still holds the promise to yield some 450,000 tons per year of copper and 330,000 ounces of gold when it reaches full production sometime in 2013.

The ore body is growing in estimation as further exploration is done, but already extends over 30 kilometers (19 miles) long by 1 kilometer wide (0.65 mile) and over a kilometer (up to a mile) deep. Oyu Tolgoi is estimated to have reserves of at least 36 million tons of copper and 45 million ounces of gold, enough for a 45-year mine life.

The region’s position just 50 miles from the border with China places it ideally for delivery to the world’s largest consumer, easing global copper supply by replacing supplies China would have pulled from elsewhere.

Is There a Catch?

But bringing this vast resource to productive life has not been without its challenges.

Resource nationalism simmers beneath the surface in Mongolia, struggling as it does with widespread poverty, poor employment prospects and weak governments prone to caving in to populist pressure, seen as a legacy of its socialist past when Mongolia was part of the Soviet Union. Those in power arenot blind to the balancing act they must pull off, maximizing the country’s return for the exploitation of its natural resources while continuing to encourage new investment for future projects elsewhere.

As ResourceInvestingNews.com points out when it quotes Bloomberg Businessweek’s Dexter Roberts, “Four-fifths of the country is still un-surveyed. Over the next decade copper production is expected to double, iron ore to triple, coal to grow by six times, and gold and oil by 10 and 13 times, respectively.” With such riches available, Mongolia does not want to scare off the foreign investment and knows that will be needed to realize such wealth.

Oyu Tolgoi will go some way to replacing the “lost” production from chronic under-investment by the industry a decade ago — at 3 percent of global production, the mine will make a sizeable contribution, but as Reuters points out, it will take further investment at Escondida, the realization of projects currently underway in Peru and BHP’s Olympic Dam to achieve capacity before the copper market can be said to have a sustainable supply outlook.

Brought to you by Zycus, MetalMiner’s Sourcing Outlook focuses on cotton, natural gas, steel, copper and aluminum this month.

In our One-On-One interview, Lisa Reisman speaks with Omer Abdullah, co-founder and managing director of The Smart Cube, Inc., about how commodity forecasting can help your business.