Japan is facing a challenge much of Europe and, in time, China, too, will face: a declining working age population. Japan, though, is further ahead than the rest of us and how they cope with it could provide some pointers for large parts of Europe that are struggling not just with aging populations but also stagnant economic growth.

In Europe high unemployment in some countries and free movement of labor have, for the time being, meant workers can move to fill jobs where they exist clouding the analysis, but in Japan’s closed economy the effects are more easily evaluated on a national level.

Japan’s population is falling by around 300,000 people every year, and this rate is likely to increase based on current demographics. Its population of 126.6 million is projected to dip below the symbolic 100 million mark sometime around 2050. This raises the question whether — in the medium- to long-term — Japanese Prime Minister Shinzō Abe’s Abenomics strategy for inflation and growth will ever be successful. 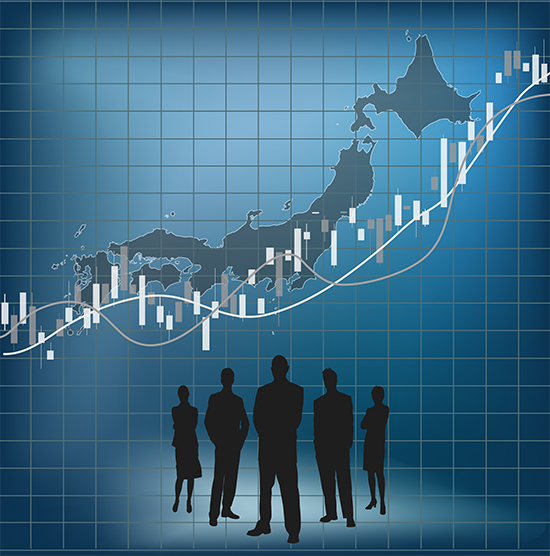 It may create short-term improvements but how can it be sustainable over the medium- to longer-term if you have fewer and fewer workers every year? In such a situation, each worker needs to get more productive just for the economy to stand still.

Japan’s GDP is expected to grow by an average of 0.8% a year over the next five years, depending on which forecast you take, yet GDP per person will grow by a more robust 1% when the declining population is factored in.

What This Means for US Growth

Compare this to predictions for the US where the average annual GDP growth of 2.1% is much higher than in Japan, but the 1.3% average annual growth in GDP per capita is similar, according to a short analysis by the Economist yesterday.

Japan is one of the most closed nations in the world. It is unlikely that the mass immigration seen in the USA or in western Europe from eastern Europe will happen in Japan. The challenge of creating growth by continually increasing productivity per worker will be unrelenting in Japan if any level of growth is to be achieved.

As populations in most countries continue to age, more places will face Japan’s dilemma. Some may may feel immigration is an uncomfortable, culturally diluting experience, but — as a method of maintaining national GDP growth — there are, as yet, few ready alternatives.

The value of Japan’s shipments has increased 10% in May from a year earlier, the most since 2010, says Bloomberg, as the economy responds to Japan Prime Minister Shinzo Abe’s stimulus […]