What happens when an illegal business practice becomes so common and virtually accepted that it ultimately gets difficult to break? Many U.S. manufacturers would argue that we’re in a period […]

The development of natural gas and hydrogren technologies is a focus of research at Voestalpine AG‘s new DRI hot-briquetted iron ore facility near Corpus Christi, Texas.

“We are hoping to run blast furnaces with hydrogen instead of coal and coke,” said Dr. Wolfgang Eder, Voestalpine’s chairman and CEO. “Development of such technology will take a 20-30-year time frame, but I am convinced we’ll hit that target.” 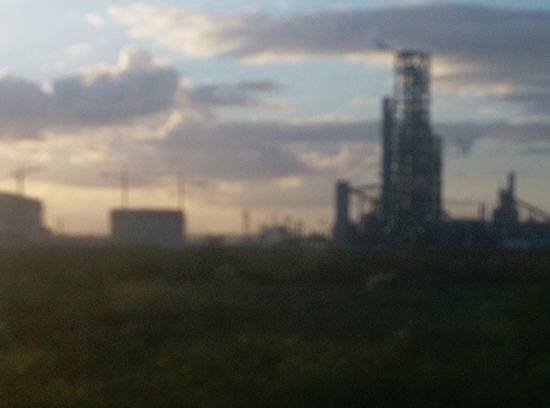 This isn’t the first time we’ve heard about the potential of converting natural gas (the fuel material for Voestalpine’s iron ore reduction tower) to hydrogen to decarbonize dirty production processes. Voestalpine’s head and environmental heart certainly seem like they’re in the right place, but what might be advantageous, for the U.S. and South Texas, is the jobs that that research will bring.

“We believe in foreign direct investment and us getting out of the way to let you do your business,” said Texas secretary of state Carlos Cascos, who was taking a break from the campaign trail to attend Voestalpine’s grand opening event last week. “We have a great, ready and diverse workforce. Texas is logistically a great place to be in this hemisphere. You will save 15% or more leaving California for Texas.”

The only subsidy Voestalpine received for the project is a .75-cent county property redevelopment tax abatement that declines over 10 years

Indeed, Voestalpine touted its access to Mexican customers and its own coating facility in Queretaro and the ability to ship large freighters via the expanded Panama Canal to Asian customers as well, but, in the long run, what hydrogen could to do for South Texas is really far greater than what South Texas can do for Voestalpine.

Tired of Your Kids Going Somewhere Else After College?

Research into hydrogen, the conversion process from natural gas and its usage as a reducing agent, and the experiments that Voestalpine performs with its 450-foot tower will put far more into the local economy than the $600 million its forecast to add in production jobs simply by bringing great engineering and materials science minds to the area.

The jury is very much still out on whether or not hydrogen is the future for steel production, but audacious research attempts always seem to bring ancillary benefits. In the late ’70s, automotive emissions were the culprit for putting smog in our cities and making our air hard to breath. Detroit’s loss was Japan’s gain and cars today are far more fuel efficient because of it even though we’re still wrestling with attempts to get off gasoline, hybrids and simply better cars and fuels have lightened the research load considerably.

Buildings were the next culprit for excessive emissions in the late ’90s and early 2000s and solar panels have turned homes in sunnier climates into net-energy exporters. Industrial plants have never had the mass efficiency push that homes and cars did — or their scale — but decarbonizing them could have the biggest impact on emissions simply because of how much CO2 they emit.

The startling statistic that came out of Voestalpine was that the new DRI facility will use more natural gas in a year than the company’s entire home nation of Austria. If hydrogen, or some other technology that leads to lower emissions, comes out of the research done there, the effect could be far greater than what comes from cars or homes.

For some time now, the new(er) metal on the block, aluminum, has been posing some serious challenge to steel as an alternative, especially in the automobile and in high value molding sectors. Steel should have realized what’s coming when beer manufacturers used aluminum to replace it in beer cans for the first time in the ‘70s, and well, we all know what happens to those who don’t learn from history, right?

Aluminum is seen as a more “green” alternative to traditional metals, although the jury’s still out on which of them is inherently stronger. Ask a steel guy and he will insist it’s a “no-contest,” but, maybe, just maybe, the fellow has started looking a tad worried by all the advances in the world of aluminum.