Tired of being an also ran?

Having status symbols no better than the guy next door? Ever pulled up in your yacht only to find, 10 minutes later, a guy with a yacht twice the size pulls into the same bay right next to you? Yeah, tiresome isn’t it?

Who Needs a Ferrari When You Can Have a Gold iPhone 7?

Well, while everyone else is queueing outside an Apple store from midnight before the next morning release of a new smartphone, we have something so much better for you. This is the new iPhone 7 from Goldgenie, finished in 24-karat Gold, Rose Gold or Platinum, and if that is not enough for you they do a super luxury version edged and decorated with Swarovski Crystals and even high-quality diamonds. Here’s the best bit, this exclusive, oh-so-cool, piece of one-upsmanship (if there is such a word) luxurious collection will be available with prices starting at just $3,150 (£2,400). 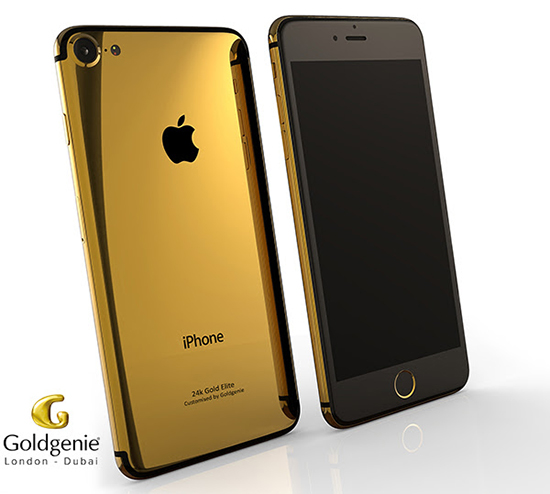 Why buy a bigger yacht when you can have a 24-karat gold iPhone 7? Source: goldgenie.[/caption]

However if you really want to push that boat out and outdo the sheikh next to you, go for the $14,300 (£11,000 ) Diamond Rockstar. A bargain, right? It is also rumored that the luxury brand may even be replicating the $3 million (£2.3m) iPhone 6s Diamond Ecstasy encrusted with over 800 diamonds.

Have I convinced you? Are you at this very minute going to goldgenie.com with your Platinum Amex card twitching in your hand to make the 50% deposit to secure your model? No? Nor me.

Beautiful as they are, such products are the epitome of conspicuous consumption and, call me old-fashioned, but I wouldn’t be seen dead with one. 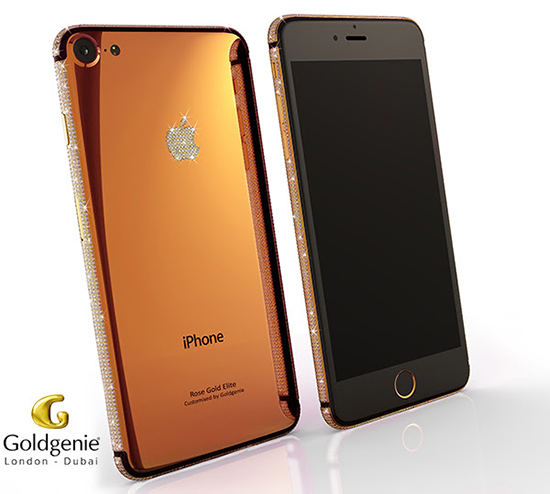 What to get for the chic sheikh who has it all? A diamond and Swarovski crystal iPhone 7, of course! Source: Goldgenie.[/caption]

Goldgenie says it is now taking pre-orders directly from their secure online shop for the 1,250 pre-release handsets Apple has allotted them and it should come as no surprise that the location of their only bricks and mortar outlet is a luxury retail store within the brand new iMall in the United Arab Emirates — the home of conspicuous consumption if ever there was one.

It also looks like Goldgenie has unwittingly confirmed the release and general design specs of the iPhone 7, too.

Having dammed the very idea of these examples of hedonistic extravagance, I showed the images to my 17-year-old daughter and my heart filled with pride as she immediately retorted, “that’s gross. who would pay £2,400 for an iphone you can pick up in store for £700?” Then added “mind you, that Rose Gold one does look rather lovely…”

I said “I think I prefer the Platinum.” I guess we are not quite as immune from such self-indulgence as we thought.