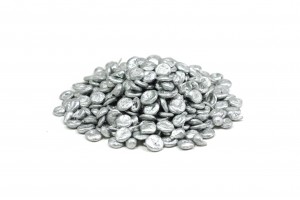 A recent report by the International Lead and Zinc Study Group (ILZSG) details lead and zinc supply and demand levels for the first nine months of the year.

According to the report, lead demand exceeded supply by 110,000 tons for the first nine months of the year, while reported stock levels fell by 49,000 tons.

Lead mine production dropped 0.9%, “primarily due to lower output in Australia, Kazakhstan, Peru, South Africa and the United States that more than offset increases in Europe, India and Morocco,” according to the report.

Meanwhile, global lead usage fell 0.6%, primarily as a result of reductions in South Korea, the U.S., Japan and Mexico. European usage increased 0.3%, paced by upticks in Austria, Italy and Poland.

The global zinc market, on the other hand, was in deficit by 305,000 tons for the January-September period, while total reported inventories dropped by 46,000 tons over the same nine-month period.

“World zinc mine production rose by 1.2%, mainly influenced by increases in Australia, Peru and the United States,” the report states. “In Europe, a 3.2% rise was primarily a consequence of increases in Finland, Greece, Ireland and Macedonia, that more than offset reductions in Poland and Sweden. In Canada, China, India and Mexico, output was lower compared to the first nine months of 2017.”