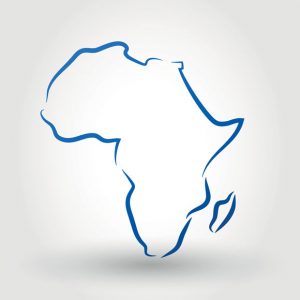 Just when the idea of free trade agreements (FTA) appears firmly out of vogue, 44 countries got together and signed a continentwide FTA agreement last week.

All 55 members of the African Union (AU) were involved in the negotiations around the Continental Free Trade Area (CFTA). When it came to making the commitments, however, not all were ready to sign as one, The Economist reports.

The idea is a good one, as The Economist points out most of Africa’s trade is with countries outside of the continent. Only 18% of trade is with other African states, a woefully low percentage compared to continental markets like Europe or the Americas.

Part of the reason for this is because most African countries are primary or raw material producers – from oil to iron ore to agricultural products – more in demand from the industries of mature markets like Europe or China.

Another major issue is high tariffs between African nations.

The CFTA is meant to change that by creating a “single continental market for goods and services,” the article reports. The United Nations Conference on Trade and Development (UNCTAD), a U.N. agency, estimates that eliminating import taxes between African countries would increase regional trade by a third and lift African GDP by 1% over time.

But not everyone agrees with that assessment.

Not surprisingly, in countries that have been long protected with high import tariffs, manufacturers and their vested interests in government are fearful of the impact from unfettered competition.

Protectionism runs as deep in Africa as it does elsewhere, and nowhere as deeply as in some of the most corrupt states — probably because they are running the most uncompetitive companies.

Nigeria is the standout objector. Apparently Muhammadu Buhari, Nigeria’s president, canceled his flight to Kigali at the last minute amid domestic pressure not to sign. Ironically, large countries like Nigeria, with Africa’s largest economy, stand to gain the most, as their companies already have sufficient critical mass, they could expand into other parts of Africa more quickly than smaller rivals.

Trade, it is said, would also benefit from harmonizing for standards and regulatory requirements.

More than tariffs, this is what worries Britain in its future relationship with Europe.

Bureaucracy at borders, labeling, equivalent standards and paperwork can add interminable delays and cost to trade that bought immense benefits to the E.U. when such standards were harmonized.

The Trade Law Centre, a South African think tank, looked at the time taken for customs and port handling in Africa and in Singapore, and then imagined closing the gap by a fifth. The economic gains would be roughly double those expected from eliminating tariffs, The Economist reports.

It is hoped, given time under the umbrella of the CFTA, such issues can be addressed across Africa. The region has underperformed for decades, and although growth has been positive, it has been patchy, with some states doing well and others less so.

Population growth also remains high and finding work for the growing ranks of young workers remains a major challenge, both in terms of countries achieving their potential and in avoiding civil unrest.

PREVIOUS POST:
Are Those SHFE Stocks Telling Us the Whole Story?
NEXT POST:
This Morning in Metals: India Asks for Exemption from U.S.’s Steel, Aluminum Tariffs