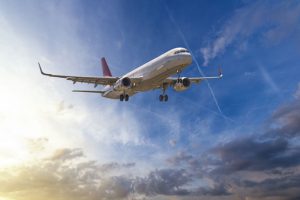 The World Trade Organization’s (WTO) dispute settlement mechanism is not known for its speed. As such, it took a while for a final ruling to come down with respect to the long-running dispute over the U.S.’s claim that European subsidies of Airbus have negatively impacted Boeing’s sales.

The U.S. initially requested consultations with the U.K., France, Germany and Spain in October 2004, arguing that they had fallen afoul of the Subsidies and Countervailing Duties Agreement and the GATT 1994. In general, the U.S. complaint focused on five general categories: what the WTO report refers to as “launch aid” or “member state financing”; loans from the European Investment Bank; infrastructure and instrastructure-related grants; corporate restructuring measures; and research and technological development funding.

Fast forward more than 13 years to Tuesday, when the WTO’s Compliance Appellate Body ruled that the European states have fallen short of compliance with WTO rules by virtue of subsidies to Airbus, which the U.S. has argued have materially harmed Boeing.

According to the WTO’s appellate report released Tuesday, “the European Union had failed to comply with the recommendations and rulings of the DSB (Dispute Settlement Body) in the original dispute because the underlying subsidies continued to exist and cause adverse effects.”

According to a 2011 appeal, the European states argued they had taken steps to remove $18 million in subsidized financing, but the U.S. in 2016 filed a formal appeal disagreeing with that motion.

This week, the WTO ruled in the U.S.’s favor on appeal — albeit not on every single complaint —  arguing that the European communities are still out of compliance.

It didn’t take long after the report’s release for the threat of retaliation to surface.

“This report confirms once and for all that the EU has long ignored WTO rules, and even worse, EU aircraft subsidies have cost American aerospace companies tens of billions of dollars in lost revenue,” U.S. Trade Representative Robert Lighthizer said in a prepared statement on the verdict Tuesday. “It is long past time for the EU to end these subsidies. Unless the EU finally takes action to stop breaking the rules and harming U.S. interests, the United States will have to move forward with countermeasures on EU products.”

Subsidies to the A350XWB and A380 aircraft negatively impacted the sales of Boeing’s 787 and 747 aircraft, respectively, the Appellate Body’s decision said.

Boeing celebrated the ruling in a statement Tuesday.

“Today’s final ruling sends a clear message: disregard for the rules and illegal subsidies is not tolerated. The commercial success of products and services should be driven by their merits and not by market-distorting actions,” said Dennis Muilenburg, Boeing chairman, president and CEO. “Now that the WTO has issued its final ruling, it is incumbent upon all parties to fully comply as such actions will ultimately produce the best outcomes for our customers and the mutual health of our industry. We appreciate the tireless efforts of the U.S. Trade Representative over the 14 years of this investigation to strengthen the global aerospace industry by ending illegal subsidies.”

According to the Boeing statement, retaliatory tariffs could be scheduled as early as 2019.

The Boeing-Airbus saga, however, is far from over.

Another case on the WTO docket, in which Boeing is the respondent and the European states are complainants, looms on the horizon. The point in question involves tax reduction benefits from Washington state, which is expected to be ruled upon by the WTO later this year.

“Today’s significant legal success for the European aviation industry confirms our strategy which we have followed over all those years of the dispute,” Airbus CEO Tom Enders said in a prepared statement. “Of course, today’s report is really only half the story – the other half coming out later this year will rule strongly on Boeing’s subsidies and we’ll see then where the balance lies.”

“Today the WTO Appellate Body, the highest WTO court, has definitively rejected the US challenge on the bulk of EU support to Airbus, and agreed that the EU has largely complied with its original findings,” she said. “Significantly, it dismissed the vast majority of the US claims that this support had damaged Boeing’s aircraft sales. The EU will now take swift action to ensure it is fully in line with the WTO’s final decision in this case. Also, we look forward to the upcoming ruling by the Appellate Body on US compliance with the WTO findings of the massive and persistent government support to Boeing.”

Tuesday’s decision only contributes to the increasingly simmering cauldron of global trade relations.

The E.U. has yet to negotiate a long-term exemption from the U.S.’s Section 232 tariffs on steel and aluminum; the 28-member bloc initially won a temporary exemption until May 1, then received a 30-day extension less than 24 hours before the tariffs were set to go into effect.

In comments at a National Press Club luncheon earlier this week, Secretary of Commerce Wilbur Ross focused largely on China, but the E.U. also came in for criticism, as he argued both China and the E.U. are “far more protectionist” than the U.S.