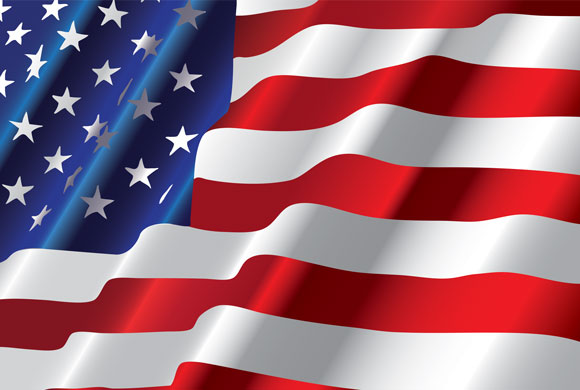 You never quite know with Donald Trump whether a new announcement is a case of international headline grabbing or whether the true motivation is the financial deal.

But the president’s push for the U.S. to create a sixth branch of the armed forces in the form of a “Space Force” could possibly be satisfying both objectives.

The need to create a sixth armed services — in addition to the Army, Navy, Air Force, Marines and Coast Guard — in the form of a Space Force is hard to justify when the U.S. is already so well-endowed with military capability and structure. However, it should be eminently possible to create an extension of, say, the Air Force with a space division at much lower cost; the need for U.S. to focus attention on the potential threat from new space-based or space-enabled technologies is undeniable.

Not since Ronald Reagan created America’s Strategic Defense Initiative, called “Star Wars” by some, 35 years ago has the threat to America suddenly so jarringly transformed from invulnerable to at risk. Both Russia and China are investing heavily in hypersonic projectiles and the president’s fear is that if the U.S. does not take the risk seriously it will be left behind.

If Congress agrees it would be a bonanza for aerospace and defense companies in the sector.

Already flush with both civilian and military programs, a heavy injection of federal defense dollars into R&D to develop such capabilities and the ability to counter them would further swell returns in the sector.

Hypersonics are one area that has come in for particular attention, according to a report in The Telegraph.  Russia and China are said to be actually testing such technology which operates at Mach 5 or higher, or at least five times faster than the speed of sound.

Traditional jet engines work up to about Mach 4, so a supersonic combustion ramjet (SCRAMJET) is required to power missiles and aircraft which can operate between Mach 5 and Mach 15. These would power a new breed of super-high-speed missiles able to outrun even the fastest fighter jets, or via piggybacking on rockets, could reach low-earth orbit and cruise until required.

According to CNBC, hypersonic cruise missiles are powered all the way to their targets and take just six minutes from the time of launch until the time it strikes. They can fly at altitudes up to 100,000 feet, after which hypersonic glide vehicles are preferable. They are placed on top of rockets, launched, and then glide on top of the atmosphere, the article reports, before being flown to target. Such missiles are almost impossible to counter with current anti-ballistic missiles systems because their trajectory can be varied and, hence, are unpredictable.

Washington isn’t taking the threat of foreign powers testing such technology lightly: it has already awarded a $480 million (£373 million) contract to Lockheed Martin to work on a similar weapon.

But the president — or, more likely, the industry lobbying behind the scenes — feels much more needs to be done.

The big winners, according to the Telegraph are likely to be Lockheed Martin, Boeing, Northrop Grumman, SpaceX and Aerojet Rocketdyne.

Whether increased military focus on space in general and hypersonics in particular will result in a new Space Force is doubtful; in reality, it doesn’t need to.

Talk of a Space Force is grabbing headlines and creating some momentum to free up funds for the U.S. to develop such technology and the capability to deliver if ever needed.

PREVIOUS POST:
This Morning in Metals: Chinese Steel Prices Running Opposite the Stock Market
NEXT POST:
U.S. Steel Imports Are Down 10% in the Year to Date