Home | Company News | From Spitfires to Watches: REC Looks to Use Metal from Fighter Plane in Watches
Industry News

From Spitfires to Watches: REC Looks to Use Metal from Fighter Plane in Watches 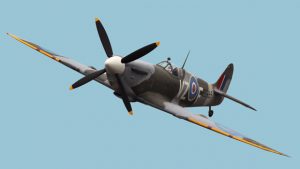 Yes, yes, I know this has nothing to do with metal prices or trading fundamentals — but in my defense I will say it covers two of my passions (so just get over it, will you).

ThomasNet occasionally puts out some great — if slightly quirky — reports, and this one from last week is in that form, covering the highly innovative watchmaker REC’s latest project to make a new range of watches from the wing skin of a World War II Spitfire. Nuts, maybe, but cool and rather clever (you can make your own judgement, but I will say it strikes a chord with me).

Firstly, REC hit on the neat idea of taking some kind of iconic piece of junk and turning it into a limited run of high-end watches.

That’s not totally unique, of course.

The Geneva watchmaker Romain Jerome SA took steel and coal from the Titanic and made them into a limited run of watches some 10 years ago, retailing between $7,800 and $173,100, according to Reuters.

REC’s first endeavor was much more accessible: a run of 250 watches made from the body of a rare 1966 Raven Black Mustang, costing “only” $1,500 each. Bravely, they asked clients what they would like to see next — the overwhelming choice was the British World War II fighter, the Spitfire.

REC located PT879, a MKIX, shot down in a dog fight over Russia in 1944. PT879 was one of something like a thousand Spitfires shipped to Russia under the terms of the Allied coalition against the Axis powers. The MKIX was the second-most popular variant of the highly successful Spitfire of which in total over 20,000 were made from just before World War II (in 1938) to a little after the war (in 1948), but of which less than 100 still fly today.

The Spitfire was remarkable in many ways.

Apart from being arguably the most beautiful aircraft ever produced, it was also highly effective, with a fast rate of climb, tight turning radius and an airframe that could be developed to perform and carry much more than it was originally designed to do.

In test pilot trials, one even set an airspeed record of Mach 0.92 (620 mph) — even though the resulting damage nearly ripped the wings off, it remains a remarkable story in its own right.

Part of the Spitfire’s novelty was the all-metal monocoque construction, in which the aircraft surface became a part of the airframe. Prior to World War II, most aircraft were designed around a wooden frame covered with a doped fabric skin, more akin to a World War I biplane.

The beautifully elliptical aircraft wings of the Spitfire were designed to reduce drag, but also gave the aircraft a beautiful and iconic shape that begged celebration in a personalized item, like a watch. The wing skin was made from a 2000 series aluminum-copper alloy and each dial will contain a piece of the wing skin, each carrying the unique service scars imparted during its brief life.

If it flicks your switch, a little piece of aviation history can be yours for around $1,300. If a Spitfire is not your thing, hang in there — REC will likely have some equally goofy, if no less alluring, idea in due course.

A health warning: no spitfires were destroyed or otherwise damaged in the making of this article, or these watches. PT879 is being painstakingly renovated with modern hairline crack free aluminum wings and may yet bless our skies when it rises, phoenix-like, from the ashes of the scrap yard.

PREVIOUS POST:
EUROFER: E.U. Steel Markets Stabilizing But Facing Numerous Challenges
NEXT POST:
This Morning in Metals: U.S. Could Add $257B in Tariffs on China if Talks Fail