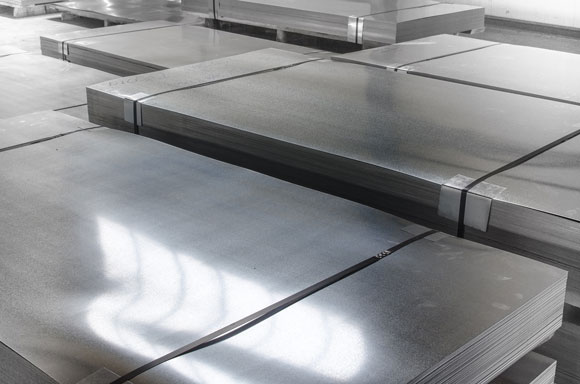 “Tin consumption in 2018 was stronger than previously anticipated, according to year-end data,” the ITA said in the report. “Despite a positive start to the year, expectations were revised downwards following the US-China trade tensions and poor macroeconomic data. However, based on the most recent data, growth in tin use remained relatively robust, growing by 2.5% over the course of the year.”

By volume, tin usage increased by 9,000 tons in 2018 compared with 2017. An ITA survey of tin users — accounting for approximately 40% of tin use — had indicated expectations of 3% tin use growth. That was later moderated down to 1% before ultimately finishing up 2.5%.

As in most cases, China’s consumption of the metal accounts for a significant piece of the pie — 45%, according to the ITA.

Last year, however, China’s tin consumption dipped slightly, according to the report.

“While the Chinese solder market is impacted by electronics miniaturisation, there is growing demand in other areas, such as automotive, industrial and medical uses,” the ITA said. “Although Chinese consumption did decline slightly in 2018, this was offset by significant growth in overall tin consumption in the rest of the world (5%).”

According to the report, preliminary forecasts suggest a contraction in tin use is on the way, but not a large one — that is, less than 1%.

“The overall slowdown of the Chinese economy is likely to be impacted by the on-going US-China trade tensions, although the two countries may be nearing a resolution,” the ITA release stated. “However, it is too early to comment on how a new trade deal would affect tin consumption.” 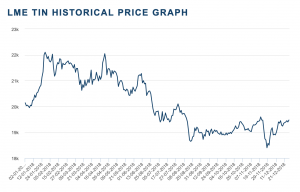 For more information on trends in the tin market (and other metals market trends), request a free trial to our Monthly Metal Buying Outlook.