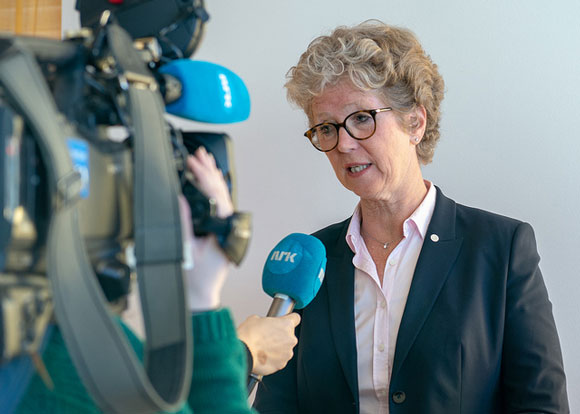 Norwegian aluminum maker Norsk Hydro ASA has a new CEO for the first time in a decade.

“I am honored, and I very much look forward to leading Hydro into the next chapter, together with 35,000 competent and engaged colleagues around the world,” Aasheim said in a company release. “I am confident that we have what it takes to turn a current challenging situation, for Hydro and for the global aluminium industry, into opportunities that will build the company for the future.”

According to the release, Brandtzæg will remain with the company through the end of the year in an advisory capacity to Aasheim and the company’s technology board.

Reuters reported Brandtzæg had asked for an early retirement.

The Norwegian firm has struggled with embargoes on production at its Alunorte alumina refinery in Brazil following a heavy rainfall and flooding in February 2018 at the refinery.

Last year, Brazilian authorities ordered the firm to cut production at the refinery by 50% amid questions about a new bauxite residue disposal area; the Alunorte refinery resumed production at 50% capacity in October after briefly having shut down operations completely.

“The impact of the rainfall event in Barcarena, Brazil, in February 2018, has been thoroughly investigated through public agencies, professional reports from internal and independent third-party as well as public hearings,” the company said in its annual report for 2018. “Environmental authorities have confirmed that there were no leaks or overflow from Alunorte’s bauxite residue deposits.

“However, we did recognize a need to strengthen the robustness of the plant, and we have increased water treatment capacity to prepare the plant for future climate and weather changes. Our clear ambition is to make Alunorte the benchmark in our industry, ensuring sustainable operations and social development in the communities around us.”

“The curtailment at Alunorte has weakened our financial results and progress of our improvement program,” the annual report stated. “In addition, different tariffs and sanctions have influenced global markets and trade flows over the past year, also affecting our industry.”

Norsk Hydro added that the production embargoes on the Alunorte alumina refinery remain in effect.

“Hydro is in dialogue with all the relevant authorities, at the local, regional and national level in Brazil,” the company stated in its annual report. “We continue to seek a common agreed solution, so we can resume normal operations, using the new and modern deposit area and the state-of-the-art press filters. At the time of authorizing this report, the production embargoes on Alunorte remains in force. The timing with regards to when the embargoes may be lifted remains uncertain.”

The firm expects ramping back up to 75-85% capacity will take about two months (once the embargoes are lifted), adding that the “timing of a return to full production capacity at Alunorte depends on the commissioning process of DRS2 and the press filters.”

PREVIOUS POST:
This Morning in Metals: Copper Prices Steady to Start the Week
NEXT POST:
Markets Look to China for Some Good News