Gold is Benefiting from the Federal Reserve’s Jitters 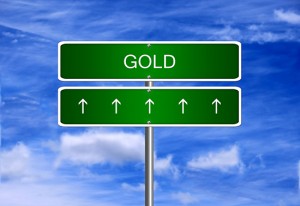 Gold powering to $1,400 an ounce sounds rather optimistic, but is actually not too far from the truth.

Spot gold has already gained about $80 so far this month, pushing the price this week to its highest level in more than five years.

We have reported earlier about the rising appetite for gold in the form of ETFs and physical metal, but investors’ enthusiasm was spurred this week by dovish comments made by the Federal Reserve on Wednesday regarding interest rates.

Where previously the Fed has indicated patience and a watch-and-see policy, this week it signaled a possible interest rate cut as soon as next month.

The Fed is apparently worried about a deteriorating domestic and global economic backdrop, according to Reuters. A combination of damaging trade wars and slowing growth in all the major trading blocs, set against a backdrop of a potential end of a bull market cycle, is getting not just central banks but investors worried, too.

CNBC cited more technical issues around the movement of longer-dated treasuries as a major stimulus to gold buying (at least this week). The article states the 10-year Treasury yield slipped below 2% for the first time since November 2016, breaching an important psychological level, adding that the surge in gold prices was likely driven by the declines in yields of shorter-duration Treasuries ranging between three months and two years. The yield on the three-month Treasury note trickled lower to 2.146%, while the two-year note dropped to 1.716%.

Whether the Fed will cut rates next month will be driven by a number of factors, not least of which will be the impact of a strong dollar on U.S. exporters. The European Central Bank and the Reserve Bank of Australian have both signaled they intend to cut rates.

The Fed’s news this week has taken the edge off the dollar. Relatively speaking, however, other trading blocs appear ahead of the Fed in easing monetary policy. There is talk of quantitative easing returning in Europe, a move that could spark trade tensions between the U.S. and the E.U. as the Euro weakens further (which will be the subject of an upcoming followup piece on MetalMiner).

Meanwhile, gold is in fashion and, in the absence of any contrarian news, appears set for further gains.