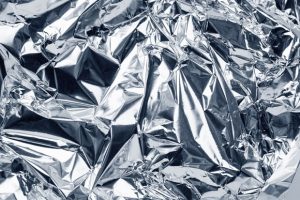 This morning in metals news: an aluminum trade group filed anti-dumping and countervailing subsidy petitions relating to imports of aluminum foil from five countries; the consultation period for Alcoa’s San Ciprián aluminum plant ended without an agreement on a social plan for workers; and the U.S. Census Bureau released August import and export data.

The countries are Armenia, Brazil, Oman, Russia and Turkey.

“We continue to see how persistent aluminum overcapacity driven by structural subsidies in China harms the entire sector,” said Tom Dobbins, president and CEO of the Aluminum Association. “While domestic aluminum foil producers were able to invest and expand following the initial targeted trade enforcement action against imports from China in 2018, those gains were short lived. As Chinese imports receded from the U.S. market, they were replaced by a surge of unfairly-traded aluminum foil imports that are injuring the U.S. industry.”

The anti-dumping petition includes all five of the countries. Meanwhile, the countervailing duty petition alleges imports from Turkey and Oman benefited from illegal government subsidies.

The fate of Alcoa’s San Ciprián aluminum smelter in Spain is still up in the air.

Following a consultation period with workers’ representatives, Alcoa did not reach a deal on a potential social plan for workers. Meanwhile, a previous attempt to sell the plant to GFG Alliance failed.

In June, Alcoa began the consultation process to discuss a reorganization plan. The plan aimed to halt “persistent and recurring financial losses at the aluminum plant.”

Furthermore, the plan recommended curtailment of the smelter while keeping a portion of the site’s casthouse operational.

Per Spanish law, Alcoa now has 15 days to decide what to do with the smelter. The smelter has 228,000 metric tons of annual capacity.

The U.S. posted a trade deficit of $82.9 billion in August, according to recent U.S. Census Bureau data.

The deficit increased from the $80.1 billion posted in July.

PREVIOUS POST:
European steelmakers are at a challenging crossroads
NEXT POST:
The case for globalization is on shakier ground