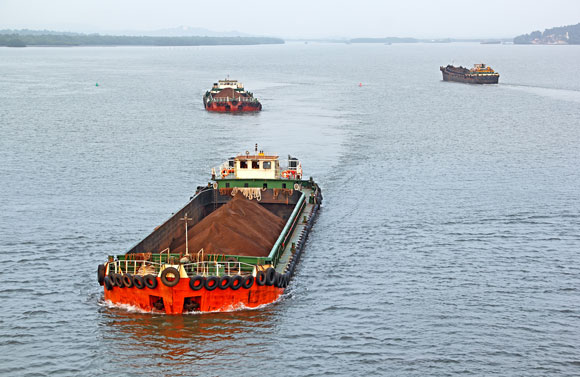 A chorus of protests against Indian iron-ore exports — with associations of sponge iron and steel-forgings manufacturers making common cause with the India Steel Association (ISA) — has brought pressure on ministers to ban exports of iron ore.

The groups are protesting in a bid to support domestic steel mills from rising raw material costs.

Ministers have refrained from taking action, arguing they would rather the market decide when it makes sense to export and when to import.

Want more from MetalMiner? We offer exclusive analyst commentary in our weekly, monthly, or quarterly updates – all metals, no sales fluff. Sign up here.

However, a ban hardly seems necessary.

A massive 30% export tax kicks in this quarter on the lower Fe grade material between 58 to 62%. That is expected to decimate exports this quarter, the Business Standard reports.

In an effort to improve supply, the authorities have taken action against underused mining leases.

Suggestions this is due to COVID-19 containment measures have not been accepted, as some mine leases have gone unworked for three consecutive quarters.

Most of the impact has been on those mines where leases are coming up for expiry. Of the 46 operating mines whose leases expired March 31, 2020, 24 mines are in Odisha and four in Karnataka. Vesting orders have been issued on 19 mines in Odisha and the four in Karnataka. Steel producers are pushing for repossessed mines or those where licences have been revoked to be re-assigned to state-owned Odisha Mining Corporation and Odisha Mining Exploration Corporation, in the expectation they will be better managed.

High exports from the country to China in the early summer exacerbated shortages.

That, no doubt, led to domestic prices rises.

It’s easy to understand steel producers’ demands for an export ban given the rise in global seaborne iron ore prices from $80/ton in April to $175/ton now. However, investment would suffer if domestic prices were suppressed and output was essentially controlled by domestic iron ore consumers’ level of demand.

Still, bans aside, the 30% export tax is likely to have much the same negative impact and will act as a disincentive for investment.

Reassigning the leases on underutilized mines should provide more supply in time and, as a result may ease domestic price pressures. Furthermore, miners will hope it also results in the relaxation of the export tax.