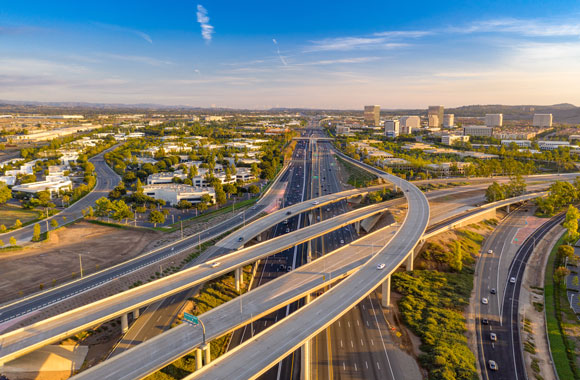 President Joe Biden released details of the so-called American Jobs Plan, which among its stated goals aims to modernize infrastructure, revitalize manufacturing and create what it says will be “millions” of jobs.

The proposal will include an investment of approximately $2 trillion over the next 15 years, the White House said Wednesday.

On the heels of the announcement, domestic metals associations weighed in on the Biden administration’s wide-ranging proposal.

“We are pleased to see the Biden administration and the Congress focusing on infrastructure investment as the national priority that it is,” Aluminum Association President and CEO Tom Dobbins said. “Aluminum is an essential element to America’s infrastructure future – used widely in the electric grid, solar panels, electric vehicle charging stations and buildings of all kinds. Major investment will also provide a once-in-a-generation opportunity to modernize the nation’s recycling infrastructure, vital to shoring up domestic aluminum supply chains and increasing manufacturing self-sufficiency.”

Dobbins added the Aluminum Association “stands ready to work with” the Biden administration and Congress on “investments that work for America’s vital aluminum manufacturing base.”

AISI supportive, but disagrees with funding

Meanwhile, in its own statement, the American Iron and Steel Institute (AISI) also praised the administration’s focus on infrastructure.

However, the industry group expressed its disagreement with the funding mechanisms in the proposal.

“In terms of funding, AISI’s view is that the best way to fund infrastructure is through a dedicated user fee rather than through the corporate income tax, revenues from which go to the general treasury,” AISI President and CEO Kevin Dempsey said. “AISI has long advocated for bolstering the user fees that are dedicated to funding the Highway Trust Fund and other infrastructure funding mechanisms.”

Dempsey added that AISI looks forward to working with the administration and Congress to develop a bipartisan legislative package that supports long-term, sustainable funding.” In addition, the AISI also hopes the package will help ensure that steel melted and poured in the US will be used for US infrastructure projects.

In tandem with the jobs plan, Biden is also releasing a Made in America Tax Plan. The White House said it aims to “make sure corporations pay their fair share in taxes and encourage job creation at home.” The tax plan calls for raising the corporate tax rate to 28%.

“A recent study found that 91 Fortune 500 companies paid $0 in federal taxes on U.S. income in 2018,” the White House said. “Another study found that the average corporation paid just 8 percent in taxes. President Biden believes that profitable corporations should not be able to get away with paying little or no tax by shifting jobs and profits overseas. President Biden’s plan will reward investment at home, stop profit shifting, and ensure other nations won’t gain a competitive edge by becoming tax havens.”

In its statement this week, the White House said the American Jobs Plan will help revitalize manufacturing and secure US supply chains.

Supply chains for everything from aluminum cans to lumber to semiconductors have been thrown out of whack over the past year. At first, disruption came at the onset of the coronavirus pandemic but later due to the bullwhip effect of suddenly surging demand (whether after the lifting of lockdown restrictions or on the heels of stimulus disbursement).

Whether that forecast comes to fruition remains to be seen. However, the electric vehicle sector is among those that are prime candidates for a jobs boost in the years ahead.

The plan calls for a $174 billion investment to “win” the EV market and catch up to China.

“His plan will enable automakers to spur domestic supply chains from raw materials to parts, retool factories to compete globally, and support American workers to make batteries and EVs,” the White House said.