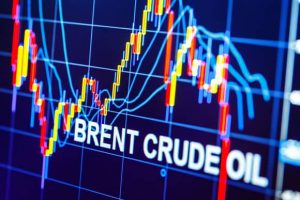 However, in the face of still weak demand, it postponed the easements.

Since last year the 9.7 million b/d of OPEC+ cuts have been reduced to about 7 million barrels per day.

Combined, Saudi Arabia and OPEC+’s amount to some 2 million barrels per day in the run-up to the summer.

Demand is recovering. However, large parts of Europe are in a third wave of lockdowns; demand there remains subdued.

OPEC appears sensitive to not spooking the market and keen to minimize too much damage to the oil price.

The move surprised markets that were expecting no change, but the Brent crude oil price continued to trade around the $63 mark. The price has been at around that level for the last three weeks.

Major oil consumers like India and China will likely welcome the move. Greater output will be seen as one less support mechanism for higher prices this year.

Oilprice.com reports the move by OPEC+ in bullish terms, saying the market sees it as a vote of confidence in rising demand and that constraints on the market remain.

The US shale industry will likely see a further erosion of output this year, according to BloombergNEF last week. Output may shrink by another 485,000 barrels per day by the end of 2021 as producers focus on debt reduction and dividends over growth, according to the report.

For now, OPEC’s feared resurgence of shale oil has not materialized.

But as the battered and bruised fracking industry recovers, don’t count it out.

If the oil price remains at $60 per barrel or above, shale oil is profitable. One thing we do know about the industry is that, sooner or later, profit will justify a return of investment and growth.