Tin, from a technical and fundamental analysis, seems a one-way bet

MetalMiner’s new technical analyst Jimmy Chiguil recently spoke at a MetalMiner workshop, explaining how tin’s meteoric rise this year (up 68% since January), should power higher if it sustains its break above its previous peak of U.S. $33,600 per metric ton set way back in 2011. 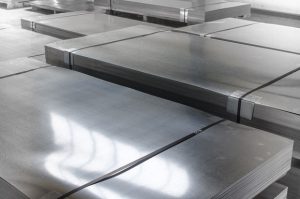 From a technical analyst perspective, previous peaks form natural resistance levels for the market. However, if prices exceed that point and the breakthrough is sustained, then it becomes a support level for further rises.

Well, tin passed its previous peak. The metal has sustained its breakout, hitting $35,955 per ton and currently trading around $35,400, Reuters reported.

The tin supply chain is seriously stressed. Investors are taking their cue from the dwindling exchange and off-warrant stock levels around the world as evidence that physical demand is draining inventory from the market.

Nor are off-warrant stocks any more plentiful. At the end of June, Malaysia’s Port Klang was the only location showing on the LME’s system as holding any stock. Even there, it held just 40 tons.

As with aluminum physical inventory, the U.S. is again at the wrong end of a freight-disrupted supply chain. There is minimal inventory and consumers are having to pay a record MW physical tin delivery premium of $3,600-$4,400 over the LME cash price, according to Fastmarkets.

European consumers are doing a little better. However, they are still facing premiums of $1,500-$2,000 per ton for physical metal, the highest premium since Fastmarkets started its assessments in 2009, according to Reuters.

Normally, blame for metal supply shortages falls on China. However, in tin’s case, China has been a net exporter this year. That has caused a slump in domestic SHFE stock to 1,542 metric tons, its lowest level since records began in late 2016.

Tightness, as with many of the base metals, is a combination several factors. First, there is robust demand. The electrical goods sector grew by 29% year over year in Q2, and 8% over Q1. Meanwhile, miners and refiners have struggled with closures and power supply issues, failing to respond to rising prices and a record tight market.

Some help may be on the horizon with the return of Yunnan Tin’s smelter after maintenance and the return to operation of some other refiners operations in China after temporary closures due to power supply problems.

However, they alone will not solve what is a critically tight market. That is setting the conditions for further price rises and the likely realization of new record highs for tin in the months ahead.