This Morning in Metals: U.S. construction spending ticks up in July

This morning in metals news: U.S. construction spending ticked up by 0.3% in July, the Census Bureau reported; meanwhile, unemployment rates declined in 388 of 389 metropolitan areas of the U.S. in July compared with July 2020; and, lastly, shale natural gas production from the Appalachian Basin hit record levels in the first half of 2021.

US construction spending rises in July 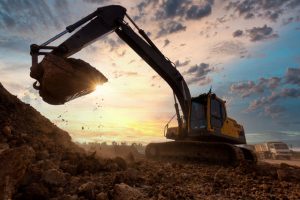 The July rate marked an increase of 0.3% from the previous month.

Furthermore, 31 of those areas posted jobless rates of less than 3.0%. Meanwhile, seven areas had rates of at least 10%.

“Nonfarm payroll employment increased over the year in 142 metropolitan areas and was essentially unchanged in 247 areas,” the BLS reported. “The national unemployment rate in July was 5.7 percent, not seasonally adjusted, down from 10.5 percent a year earlier.”

Shale natural gas output from the Appalachian Basin reached record levels in the first half of 2021, the Energy Information Administration reported.

“Dry natural gas production from shale formations in the Appalachian Basin that spans Pennsylvania, West Virginia, and Ohio has been growing since 2008, and monthly production has recently set new record highs,” the EIA reported.

Production in the region reached 32.5 billion cubic feet per day (Bcf/d) in December 2020.

Meanwhile, production averaged 31.9 Bcf/d during the first half of 2021. The first-half figure marked the highest average for a six-month period since production began in 2008, the EIA noted.