According to Toyota, it would slash worldwide vehicle production by 40% in September because of the shortage. Globally, the market lost some 2 million vehicles due to chip shortages.

As a result, automotive aluminum demand took a hit this year. While producers lost out in that premium sector, consumers in the wider industrial landscape had one less source of rampant demand sucking up precious supplies in what has been the worst buyers’ market for semi-finished aluminum products in memory. 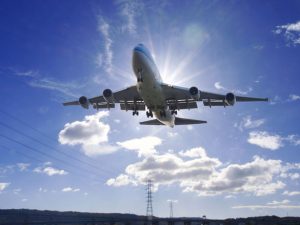 If the aluminum mills’ other favored industry, aerospace, had been running at its pre-pandemic levels, those same buyers would have faced even more constraints.

But lockdowns and even more extended international travel restrictions burst the bubble that had seen extended order books and solid build programs stretching out to the end of the decade.

Both Airbus and Boeing have seen build programs halved from pre-pandemic levels. While deliveries to airlines are now picking up, international air travel is still far from “normal.” That is true, even for a notoriously cyclical business.

So when Airbus announced its intention to aggressively ramp up in build rates, alarm bells began to ring up and down the supply chain.

From the demand end of the spectrum, major leasing companies Avolon and AerCap are reported in the Financial Times as raising concerns directly to Guillaume Faury, Airbus chief executive, and are said to have copied in the chief executives of aero-engine makers, including Safran and General Electric.

Airbus said in May that suppliers should be ready for an increase in production of its most popular single-aisle A320 jet. It said production would increase to a firm rate of 64 jets a month by the second quarter of 2023. That is higher than the rate of 60 the company had been delivering pre-coronavirus. Furthermore, it is higher than the 45 targeted for the fourth quarter of 2021.

It is now exploring “scenarios” of rates as high as 70 a month by early 2024 and 75 by 2025. Those rates would be way above even pre-pandemic levels. Those rates would severely strain aero engine makers. However, they would also strain aluminum rolling mills, as well as the rest of the supply chain.

The Financial Times makes the point that the aerospace supply chain was far more impacted by the near halt in production during the pandemic than either Airbus or even 737Max hit Boeing. Such an aggressive ramp-up will cause shortages and failures of its own.

Avolon and AerCap worry that such a surge on new aircraft onto the market is not warranted by revised demand projections. As such, the glut will result in a devaluation of existing fleet values.

For aluminum consumers — at least outside of the aerospace market — the worry that a resurgent automotive industry next year followed by an equally aggressive ramp-up of aerospace demand shortly thereafter will perpetuate the roller coaster ride we have seen this year in terms of prices and extended deliveries.

At some point, both industries were going to come back to some semblance of normality. However, their respective returns were perhaps not expected to be so fast or so closely following on one from the other.

PREVIOUS POST:
This Morning in Metals: Chinese auto sales rise 14.9% month over month
NEXT POST:
ICSG: Global copper mine production up 3.6% through July