Trump Looks to Open Up Continental Shelf to Oil Exploration 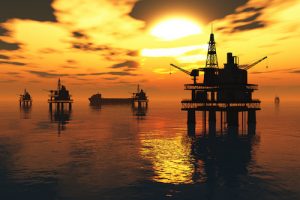 President Trump is not unused to controversy — some say he even courts it.

So, a recent proposal following an executive order signed last April to widen energy exploration should come as no surprise.

The draft Five-year Outer Continental Shelf Oil and Gas Leasing Program has been enthusiastically welcomed by the oil and gas industry but vociferously opposed by a cross-party coalition of governors, lawmakers, environmental groups and the military.

The proposal is to open up 25 out of 26 regions of the outer continental shelf in which oil and gas exploration had been banned by former President Barack Obama near the end of his term. The ban blocked drilling about 94% of the outer continental shelf, but the Department of the Interior said the new proposal would open up 25/26 regions on the Eastern seaboard, the Californian coast, the Gulf of Mexico and in the Arctic.

According to The New York Times, Interior officials said they intended to hold 47 lease sales between 2019 and 2024, including 19 off the coast of Alaska and 12 in the Gulf of Mexico. Seven areas offered for new drilling would be in Pacific waters off California, where drilling has been off limits since a 1969 oil spill near Santa Barbara.

Notable in their objection are both Republican and Democratic governors worried that exploration could damage valuable tourism and fishing in their coastal regions. The governors of New Jersey, Delaware, Maryland, Virginia, North Carolina, South Carolina, California, Oregon and Washington are reported to have all opposed offshore drilling plans, with the Washington Post reporting Republican Gov. Rick Scott of Florida worried about both Atlantic and Gulf of Mexico coastlines.

Beach tourism on the Atlantic and Gulf coasts generates nearly $50 billion and 500,000 jobs annually, a Florida Atlantic University report is cited as saying. Memories of the 2010 Deepwater Horizon explosion and catastrophic oil spill into the Gulf of Mexico, releasing some 215 million gallons of crude and fouling beaches from Louisiana to Florida are very much in the minds of governors and local communities of the states concerned.

Those opposed have time to mount an opposition. Not only will it take some 18 months for the proposal to be finalized, but a considerably higher oil price will be required before many of the regions would even become viable for exploitation.

In the shorter term, industry is said to be focused on the eastern Gulf of Mexico, where existing infrastructure is more readily available. The uncertainty around potential reserves of the Atlantic and Pacific coasts, coupled with the lack of infrastructure to collect and move crude to existing refining facilities, means that such regions are not viable at the current oil price.

But is not the here and now that worries the states concerned.

Should the proposal pass into law, higher oil prices five, 10 or 15 years from now could completely change the viability of oil extraction in those regions — that is what is making local governors mount such a robust opposition to the plan.