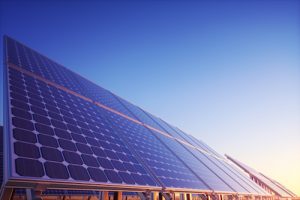 President Trump’s decision to slap tariffs on solar panels will see investment in the technology shift from the U.S. to Asia, Reuters reported.

The president imposed 30% tariffs that will drop to 15% in four years, according to the report.

In addition, according to the Washington Post, the first 1.2 million washing machines imported each year will face a 20% tariff, with additional imports facing a 50% tax.

The tariff action marks the first major trade action by Trump this year. With North American Free Trade Agreement (NAFTA) renegotiation talks in progress (with the sixth and final round kicking off today in Montreal) and Section 232 cases on steel and aluminum imports pending, it almost certainly won’t be the last.

Copper, which sees its performance inversely correlated with that of the U.S. dollar, rose despite record Chinese production, Reuters reported.