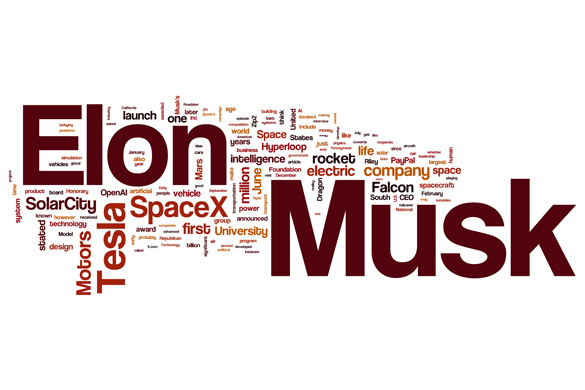 Silicon Valley and the modern-day entrepreneurs it has spawned cannot be accused of lacking blue sky thinking.

Some of their ideas appear whacky and subsequently disappear from the news almost as soon as they are proposed. Others, however, have gone on to become real success stories, challenging our lack of vision and belief.

Take Elon Musk, for example. While he had his supporters for Tesla, there were many more detractors in the early days. Those detractors said he would never get his niche electric car company to a scale able to challenge the incumbents.

Here we are just a few years later and Tesla is worth more than Ford (optimistically in our opinion, but still in the market’s eyes).

SpaceX was ridiculed even more as a rich man’s ego trip, but the firm has achieved more in its few short years – on a much smaller budget — than the lumbering giant that is NASA.

So before we write off the following, think on the above. Elon Musk’s 2013 paper on the future of the Hyperloop (a futuristic, high-speed train running in a vacuum tube) seemed so much hot air back then. It has since been quietly gathering support, and undergoing tests, such that now results suggest that while his original Los Angeles to San Francisco route may not happen anytime soon, other routes and applications could be viable.

It is the nature of people with big ideas to project them onto the largest stage. As such, Hyperloop One’s new backer Richard Branson has suggested a London to Edinburgh Hyperloop would be much better value than the ruinously expensive and widely criticized High Speed Train (HS2) project getting underway this year.

According to The Telegraph, the journey from London to Edinburgh, currently four and a half hours by train, would be cut to 45 minutes. But the U.K.’s Department for Transport scoffed at the idea, saying regulatory hurdles would make any such project at least two decades away. Specifically, the department is said to have cited potential problems with emergency braking, power failures and cyberattacks, as well as the need for largely straight routes, as presenting a number of “technical challenges.” 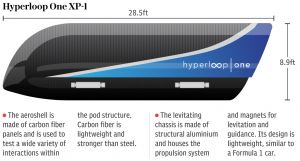 The article describes the Hyperloop as a series of pods magnetically levitating on a track, traveling through tubes in a near vacuum at speeds of up to 700 mph. Compressor fans would displace air from the front to the back of the pod, making journeys practically frictionless and energy-efficient. Instead of a train of carriages that have to stop at multiple points, small pods would travel as little as 10 seconds behind each other, allowing them to arrive directly at their destination. Tests on a 500-meter test track in the Nevada desert have achieved 240 mph speeds in part because the pods have to start breaking not soon after they have set off, but the project backers are confident 600-700 mph is entirely possible in a full-scale structure.

Nor is their faith in the idea unsupported.

The project has attracted almost $300 million in funding, from the likes of GE’s venture capital arm, the shipping giant DP World and SNCF, France’s state-owned railway company. Its leaders include former executives at Google, SpaceX, Jaguar Land Rover and NASA with the CEO Rob Leith (the late head of Cisco’s international business).

A first project, though, probably needs a state backer with vision as adventurist as the backers. The Gulf states have open spaces and open minds enough to embrace such ideas — be they the world’s tallest buildings or the world’s fastest transportation systems — so maybe it is no surprise that Dubai signed a deal last year with Hyperloop One to explore the possibility of connecting the city to Abu Dhabi.

Another idea, probably even more fraught with regulatory hurdles but for which the logic is tantalizingly solid, would be to link London’s three airports – Heathrow, Gatwick and Stansted — with a hyperloop. The firm says moving passengers from Heathrow to Gatwick would take five minutes, and just seven to Stansted — no more than terminal to terminal in the same airport at present. For government and local communities, it would avoid the building of a hugely expensive proposed third runway at Heathrow while maximizing the potential of existing facilities at all three airports.

Dazzling as the concept is, a 500-meter test track does not a viable concept prove and for sure locations like the U.K., or the U.S. West Coast, are quite possibly a decade or more away from realizing such a project. However, assuming technical issues are not insurmountable, you could see somewhere like Dubai going for it, as much for its showcase status as any economic necessity to travel from Dubai to Abu Dhabi in a matter of minutes.