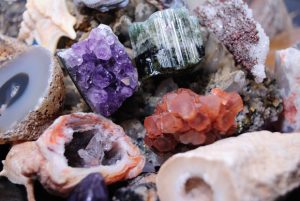 Earlier this month, the U.S. Department of the Interior announced that it is seeking public comment on a recently released draft list of minerals “considered critical to the economic and national security of the United States.”

“The work of the USGS (United States Geological Survey) is at the heart of our nation’s mission to reduce our vulnerability to disruptions in the supply of critical minerals,” said Dr. Tim Petty, assistant secretary of the interior for water and science, in an Interior Department release. “Any shortage of these resources constitutes a strategic vulnerability for the security and prosperity of the United States.”

The published list covers minerals used in a broad range of practical applications, from catalytic agents to batteries.

According to the Executive Order signed Dec. 20 by Trump, a critical mineral is defined according to a trio of components:

According to the order, within 180 days of publication of the list of minerals, the secretary of commerce — in coordination with the secretaries of defense, the interior, agriculture and energy — will submit a report to the president that will outline, among other things, a strategy to reduce the U.S.’s reliance on critical minerals and an assessment of “progress toward developing critical minerals recycling and reprocessing technologies.”

The full list of critical minerals from the Department of the Interior, including common applications, is as follows: