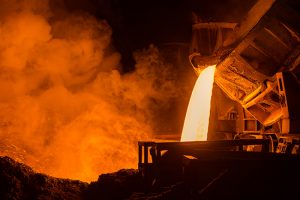 The Section 232 report and subsequent briefing by the president has put global metal markets in disarray. What makes matters potentially worse: the number of mainstream media sources latching onto a couple of claims from one particular study recently published by a for-profit research and consulting firm (as opposed to a think tank or governmental source).

The findings from this oft-quoted study build upon a prior study (February 2003) conducted by the same authors on behalf of a now defunct trade group, whose original findings were challenged by the U.S. government’s own analysis published by the USITC back in 2003.

When MetalMiner inquired after whether the current report had been funded by any outside interests, the report’s author Laura Baughman replied via email, “No one funded this research.”

Regardless, the 2003 USITC governmental study examines the assumptions and methodologies of the original study conducted by Baughman and her colleague Dr. Joseph Francois.

The oft-cited finding from their latest report suggests the tariffs will yield a loss of 146,000 jobs. That estimation has been cited in articles by Fortune Magazine, The Washington Post, The Fabricator, AOL as well as other policy and non-profit organizations.

The problem with all of these citations is that nobody has quoted any findings from the only governmental research published on the impact on steel-consuming industries after the imposition of steel safeguard protections. Yet such a study not only exists, but also reveals the actual impact after the last time a U.S. president implemented steel safeguard protections, such as tariffs. This last occurred on March 20, 2002, under President George W. Bush.

So What Are the Key Government Findings?

The data might actually surprise you. First, the governmental research conducted in 2003 after a year of safeguard protections in effect included 419 steel-consuming companies, at the time accounting for 22% of the total steel purchased by companies in the U.S. Here were some of those findings:

Not All Data Appeared Positive

On the other hand, not all of the data from the government study support the tariffs. Some of the negative effects have already occurred and may continue for some time. These impacts include:

For steel-buying (and aluminum/stainless-steel-buying) organizations, consider a read-through of the executive summary of the USITC 2003 analysis. It provides many clues as to the possible impacts of tariffs on steel, stainless steel and aluminum.

And for our loyal MetalMiner readers, you already knew that metal prices were in a bull market – not because of Section 232, but because of the U.S. dollar, oil prices, China’s economy, commodities and industrial metals as an asset class. Yes, Section 232 has created some additional volatility, but please, consider some alternative data before believing everything you read.

PREVIOUS POST:
This Morning in Metals: U.S. Steel to Reopen Illinois Steelmaking Facilities After Tariffs Announcement
NEXT POST:
It’s Official: 10% Tariffs on Aluminum, 25% on Steel With Canada and Mexico Exempt