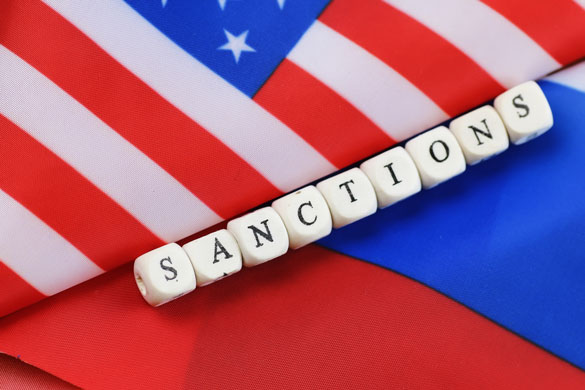 We could love reading these murky tales about Russian businessmen and their dealings if the reality was not that some of them at least are rather too close to the truth and rather too close to home, (many of them living, as they do, at least part of their time in Western capitals).

Donald Trump’s latest round of sanctions against Russian oligarchs has again thrown a spotlight on those closest to the throne in Moscow. With so much disinformation around, it is impossible to sift fact from fiction.

Caught up in the latest list identified for sanctions is Oleg Derispaska, boss and major shareholder in Basic Element, owner of Rusal (among other power and metals businesses).

In and of itself, that may not be tectonic for the metals markets, were it not for the cloud it casts over the trade and consumption of Rusal’s aluminum when its boss is on a sanctions list.

Derispaska has stepped back from Rusal recently, a move that predated the sanctions but now looks timely as the firm seeks to keeps its brand acceptable to banks and foreign authorities.

First indications are encouraging for the firm.

The LME has said it will not be banning Rusal-branded metal from its global warehouse system, preferring to delegate the decision to consumers as to whether they should or should not consume Rusal metal.

In an article in the Financial Times late last week, the LME is quoted as saying “it is for individual stakeholders on the LME to determine if particular brands are acceptable for their use given their legal or regulatory framework. The LME does not believe that today’s announcements change that structure and as such, is not proposing to make any immediate changes,” while at the same time leaving the door open to change their minds if circumstances force the LME’s hand.

Often the first enforcer of sanctions are the banks, who are paranoid about money laundering and similar allegations of falling afoul of the authorities. America’s sanctions against 24 Russian individuals and 14 companies bans U.S. citizens from doing business with them. But according to another FT report, it also for the first time extends that restriction to non-Americans who “knowingly facilitate significant transactions … for or on behalf of [them].” That is a proviso that means the sanctions’ impact on global trade will likely be deeper than previous curbs.

It could make banks and commodity houses wary of conducting any U.S.-dollar-denominated transactions with those linked to sanctioned entities. The LME’s opening position may therefore be subject to change in the coming days or weeks, depending on how lawyers interpret the wordings.

Rusal supplies some 6% of globally traded aluminum, a not inconsiderable amount when the rest of the world outside China is technically in deficit. Sanctions may also create something of a headache for Rusal’s largest customer, Glencore, which also owns 8.75% of the aluminum giant, but could also be a ready conduit for metal if Rusal finds it harder to sell into the U.S. or to U.S.-linked companies.

Glencore’s marketing network is second to none in the metal industry; if anyone can find a home for metal, it will be the Switzerland-based trading firm.