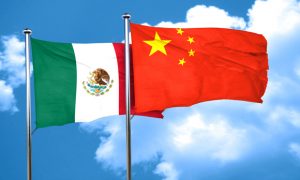 Just last year, the U.S. Department of Commerce kicked off an investigation of imports of aluminum foil from China; in February, it issued a final affirmative determination in its anti-dumping and countervailing duty cases.

Last week, Mexico announced it was going in a similar direction.

The Mexican government launched an anti-dumping investigation of imports of aluminum foil from China. Mexican firm Almexa Aluminio was the petitioner in the case, according to the government release.

The products referred to in the company’s petition are “aluminum foil coils for domestic and/or industrial use with a thickness equal to or less than 0.080 millimeters (mm), without support, simply laminated, with an external diameter equal to or greater than 100 mm and weighing more than 5 kg,” according to the release.

“The Aluminum Association is pleased by the Government of Mexico’s decision to launch an antidumping investigation on imports of certain Chinese aluminum foil,” said Heidi Brock, president and CEO of the Aluminum Association. “The North American aluminum market is highly integrated, and it is vital the region work together to combat unfair trade practices and enforce rules-based trade. The U.S. aluminum industry has already seen real results from targeted and durable trade enforcement actions, and we are glad to see trading partners like Mexico demonstrate their commitment to rigorous and timely enforcement of global trade rules.”

Per the Mexican government release, “non-market economy conditions prevail in China” for some several reasons, including:

PREVIOUS POST:
China Seeks Consultations with U.S. Over $16B in Tariffs
NEXT POST:
This Morning in Metals: Argentina Imposes Export Tariffs on Steel